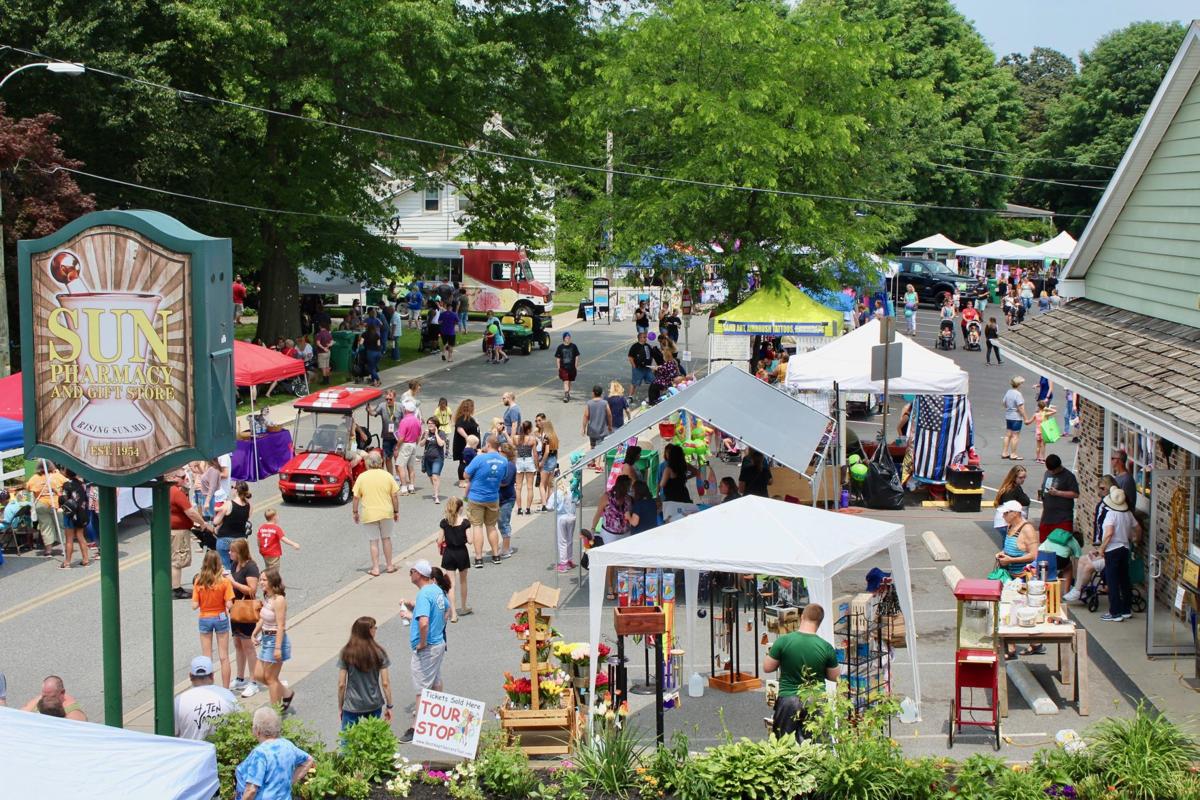 Nominations are being sought for the 2020 Oxford Area Chamber of Commerce Awards. Last year’s winners are pictured. This year’s deadline is Feb. 20 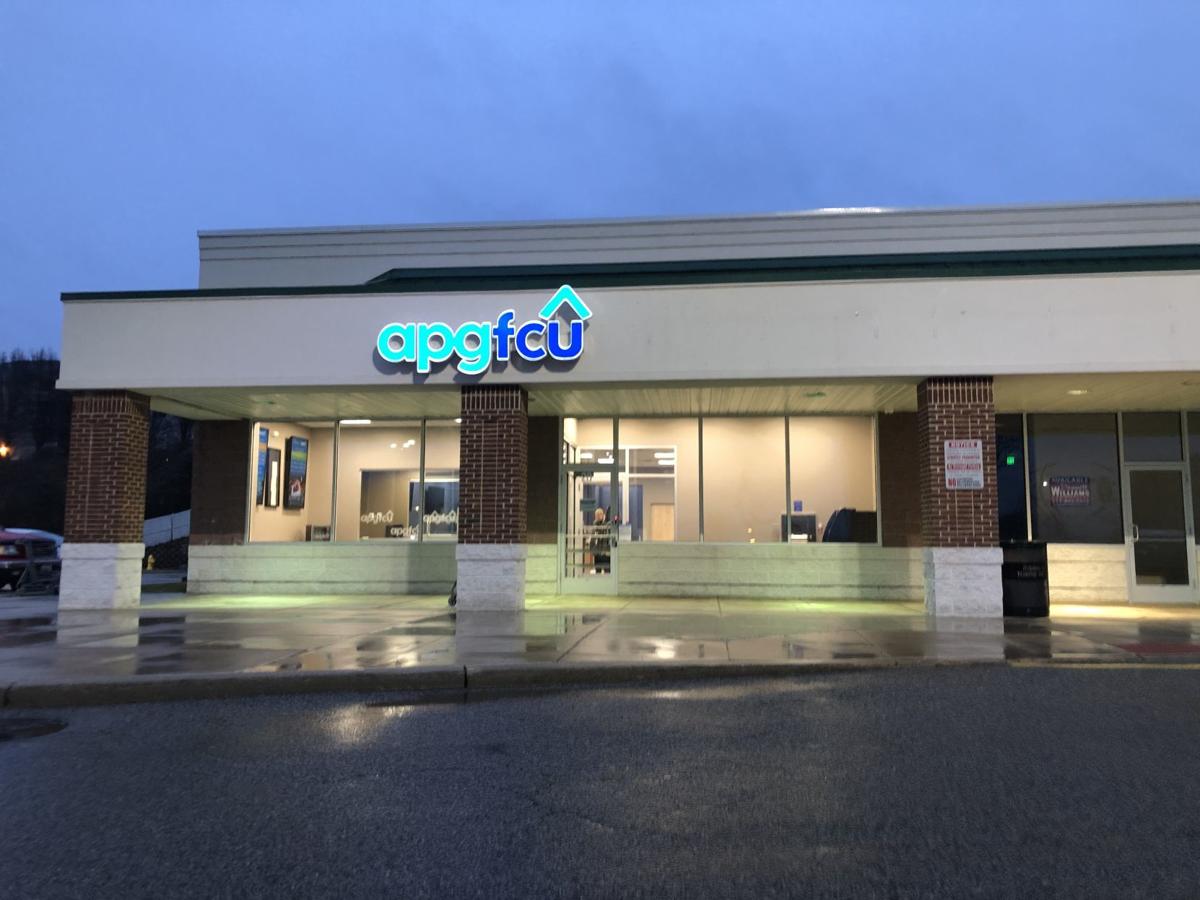 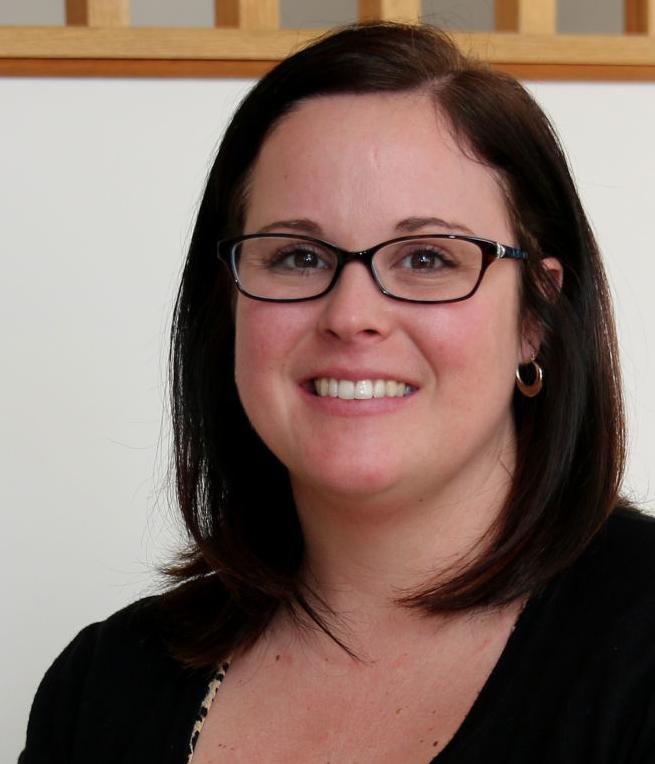 The new associate director of the Cecil College Foundation is Ashley Biasucci. She is also in charge of alumni development 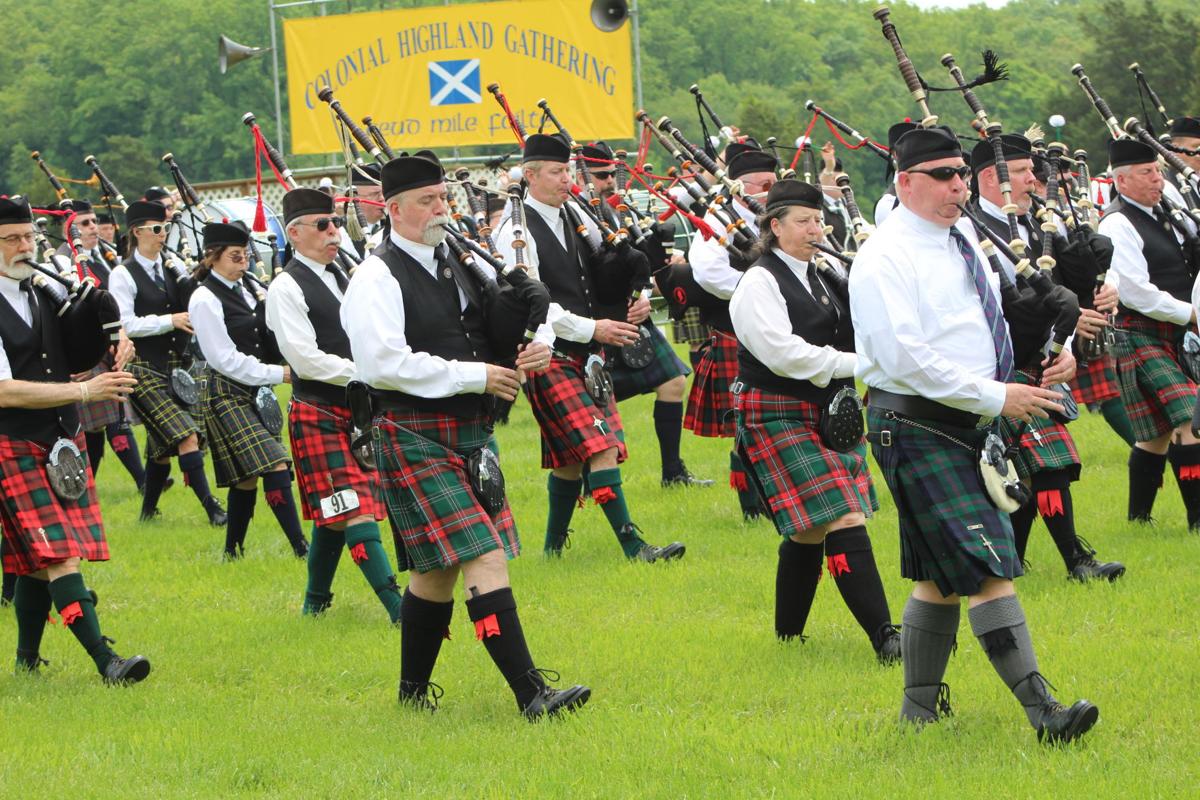 Pipers march off the field at Fair Hill at the conclusion of the mass pipes during the 59th Scottish Games in 2019.

Nominations are being sought for the 2020 Oxford Area Chamber of Commerce Awards. Last year’s winners are pictured. This year’s deadline is Feb. 20

The new associate director of the Cecil College Foundation is Ashley Biasucci. She is also in charge of alumni development

Pipers march off the field at Fair Hill at the conclusion of the mass pipes during the 59th Scottish Games in 2019.

Happening this week around the county …Rising Sun Chamber of Commerce is having its first SunFest 2020 organizational meeting tonight at 5 p.m. at Bog Turtle Brewery.

Already Howard “Bud” McFadden has volunteered to help with the parade committee.

“I’ve already done it the past four or five years,” McFadden told the chamber meeting last week. “I might as well keep it going.”

Bob Lucas offered to help McFadden with his duties of finding units to participate in the annual parade that officially kicks off the festivities featuring the popular street festival. Entertainment and vendors are the other two committees that steer SunFest.

Anyone interested should drop in on the meeting at 10 East Main St. or email the chamber at info@Rising-Sun-Chamber.org

What had been a 50-50 raffle will become instead a raffle for a guaranteed $500 prize. Carol Hunter, chamber treasurer, said the 50-50 designation makes it hard to sell tickets, especially on the day of SunFest, always held the first Saturday in June.

“People come up to the booth to buy a ticket and ask, “How much do I win?” Hunter said. “It you have it on the ticket that it’s $500 it’s more enticing to buy.”

The group agreed to the change, with McFadden adding that tickets should be available soon so sales can start.

“The key factor is you’ve got to sell them in advance,” McFadden said.

Chesapeake Utilities Corporation is making grants available to its natural gas customers in need in Cecil County through the SHARING Program.

“At Chesapeake, we are committed to the communities we serve, and the Sharing Program helps provide financial support to customers facing challenges during the winter months,” said Jennifer Clausius, newly appointed President of the Chesapeake Utilities’ Emergency Energy Recipient Program, which oversees the SHARING Program.

Customers can get as much as $1,000 paid to their account for the cost of natural gas or appliance repair. More than 3,100 grants have been awarded, valued in excess of $650,000. The company fundraises throughout the year and seeks program donors.

There’s a Feb. 20 deadline to send nominations to the Oxford Area Chamber of Commerce awards for Citizen of the Year, Business of the Year and Organization of the Year. Nominees should be active and visible in the community. Leadership, growth and community impact are also considered.

For more information contact the chamber office at 59 South Third St. or send an email to oxfordchamber@zoominternet.net. A nominating packet is available at https://oxfordpa.org/annual-dinner-dance. The winners will be announced at the Chamber Awards Dinner Dance April 18 at Britain Hill Venue & Vineyard.

The scenic Donaldson Brown Center in Port Deposit is the location of a morning Business Card Exchange to be held Tuesday Feb. 18 from 8 a.m. until 9:30 a.m. The event is free to chamber members but pre-registration is required by going to http://www.cecilchamber.com/events/details/morning-business-card-exchange-donaldson-brown-center-5160.

The center is located at 200 Mt. Ararat Farm Road.

Calvin Bonenberger, Rising Sun town administrator, said out loud recently what a lot of people in that town may have been thinking to themselves.

“When you hear about a grand opening, don’t be surprised when you drive by before that and see activity,” Bonenberger said at the Jan. 28 town meeting. “Many businesses have soft openings these days.”

Case in point, he indicated that, while the new branch of APG Federal Credit Union is planning a grand opening celebration March 11, the 15th branch of the local credit union actually opened this week. It was the same for Bog Turtle Brewery, which quietly opened two weeks before its Jan. 31 grand opening.

Susquehanna Workforce Network is partnering with Cecil County Chamber of Commerce to present a Nonprofit Roundtable Feb. 26 from 3 p.m. until 4:30 p.m. at the SWN offices, located at 1275 West Pulaski Highway in Elkton.

The roundtable is free and open to all who work in or operate a nonprofit in Cecil County. Topics will include the “Cecil Cares” campaign and services available to nonprofits from Cecil County Public Library.

Giant Food Stores, which includes the Martin’s Food Store in Rising Sun Towne Center, has been recognized by the Human Rights Campaign Foundation on its 2020 Corporate Equality Index. The corporation received perfect marks in its effort to be named one of the best places to work for LGBTQ equality.

“GIANT is honored to once again be recognized for our commitment in fostering a better place to work,” said Matt Lutcavage, vice president of human resources, GIANT Food Stores. “Our team members and our customers are at the foundation of all that we do, and we strive to create an environment where both are not only valued but are treated fairly and with respect each and every day.”

Ashley Biasucci has been named Associate Director of the Cecil College Foundation and Alumni Development.

With a degree in finance from Towson University, Biasucci said she is keenly aware of meeting the local needs of business from an education standpoint.

“The opportunities for advancing the foundation are endless in my eyes. I will strive every day to make sure our cause is known and ensure that we are working towards student success,” said Biasucci. “I am excited to work with my team and committee members to make these events run smoothly and maximize the financial resources for our students.”

The 2020 Colonial Highland Gathering, also known as The Scottish Games, won’t happen this year because of the construction of the 5-Star Horse facility at Fair Hill Fair Grounds.

“We’ve been at Fair Hill 57 of the past 60 years,” said Leanne Stell, director of the regional event that attracts competitors from up and down the East Coast. Stell said Thursday that there was an attempt to find an alternate location but each had its challenges; namely the cost.

“We checked with the University of Delaware. They wanted more than $57,000 and we could not sell our beer and could not sell our food,” she said, adding the college would also charge for parking. Winterthur wanted even more money but the site offered no shade or trees. Maryland Department of Natural Resources suggested moving the event to July or August.

“Can you see all the people in their wool costumes competing in that?” Stell said, noting the lack of shade was also why Winterthur was crossed off the list.

Stell said the organization will use the postponement to build up its coffers with a series of fundraisers. Several years of miserable weather hurt ticket sales. The 2019 games were well attended, however.

She added there would be a contest of professional bagpipers still happening May 15 at the Newark Senior Center. Admission is free.

“We wanted to keep that going,” she said.

Meanwhile she is getting emails from vendors wanting to know if the 2021 games will happen so the date can be saved on planners. She hopes to be back.

“I can’t understand why they wouldn’t want us,” she said. “There’s still a lot of interest in the games.”

Business Beat is a weekly column on business happenings in and around Cecil County. If interested in having your business featured in this column, contact Jane Bellmyer at jbellmyer@cec ilwhig.com or 443-245-5007.