Sign Up
Log In
There are no services available.
You are the owner of this article.
Edit Article Add New Article
Home
News
Sports
Obituaries
Opinion
Features
Our Cecil
Business
Cecil People
Classifieds
Contests
The Bargaineer
Support local journalism 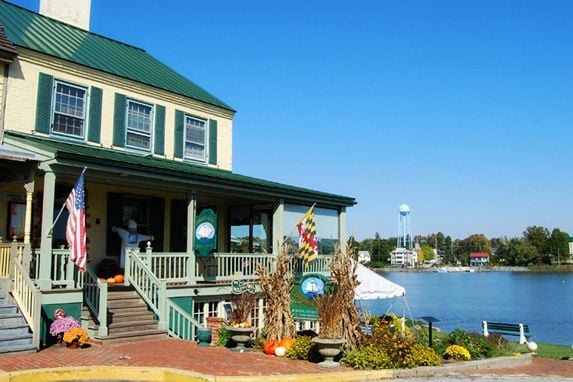 The Bayard House is located on the banks of the C&D Canal in Chesapeake City. 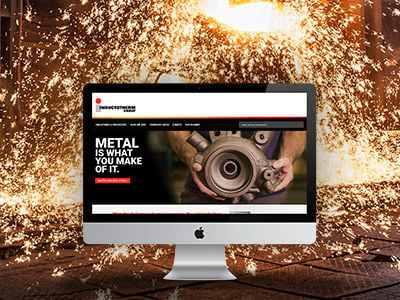 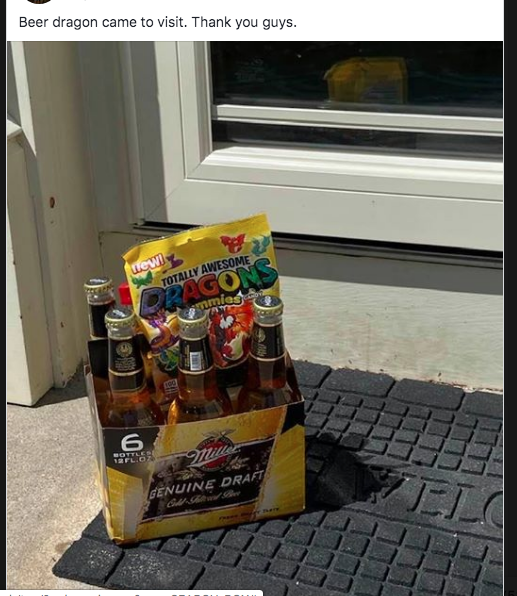 While The Sisterhood of the Traveling Wine page on Facebook has more than 7,100 members there appears to be an appearance of a Beer Dragon that also makes secret deliveries. Business Beat is in search of confirmation of these sitings. 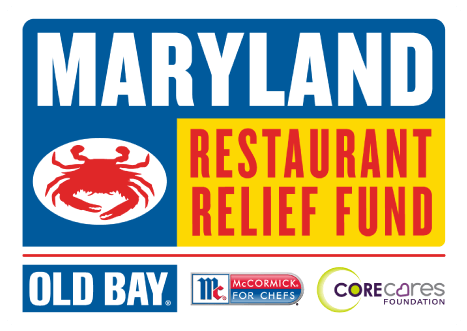 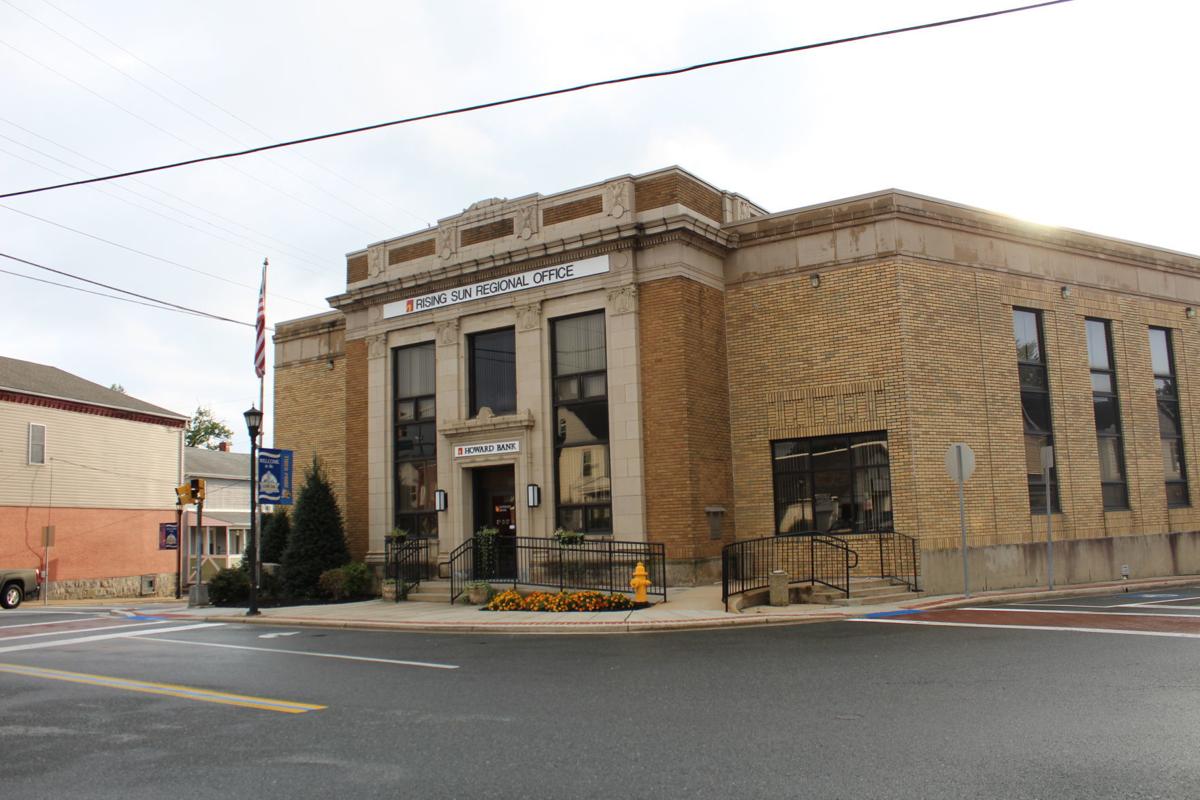 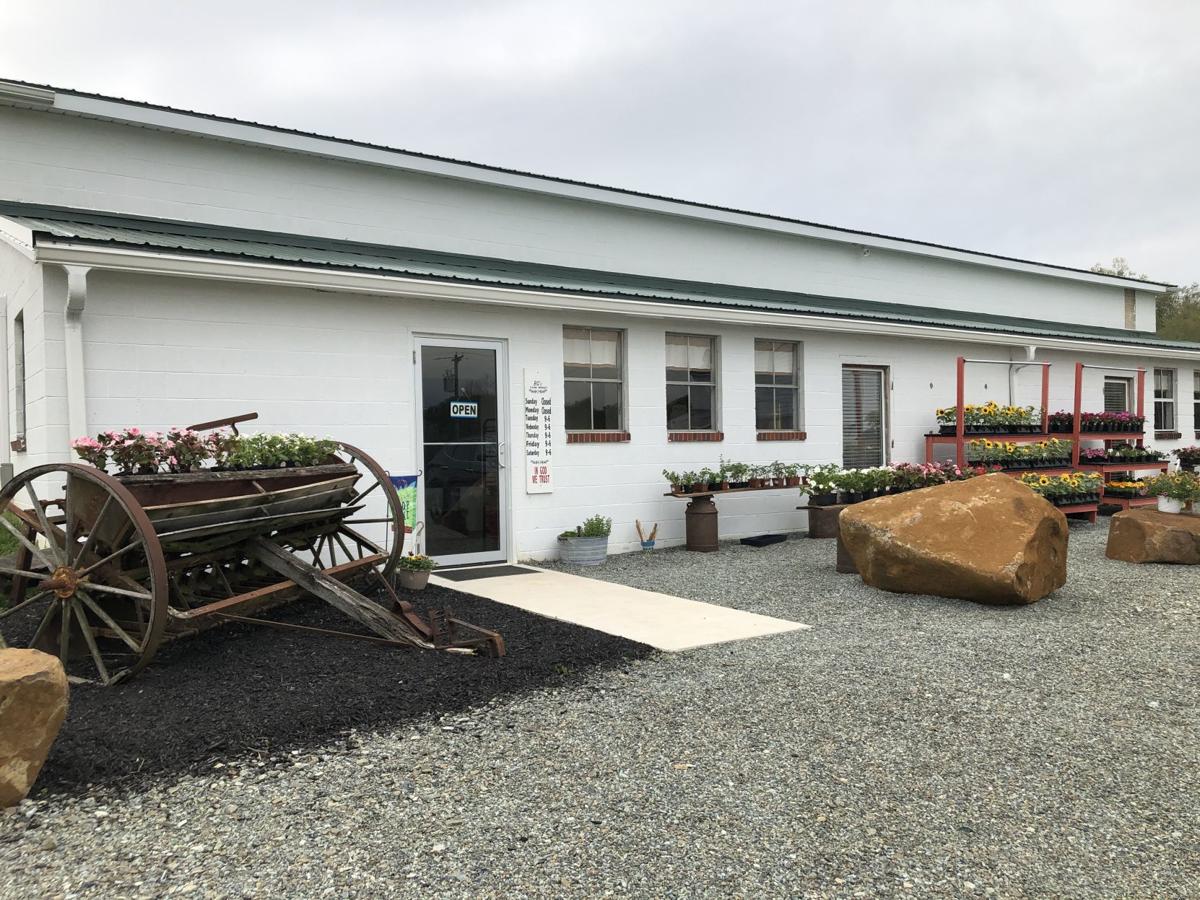 BG’s Farm Market officially opened for the 2020 season Tuesday. It will be open 9 a.m. until 6 p.m. Tuesday through Saturday. 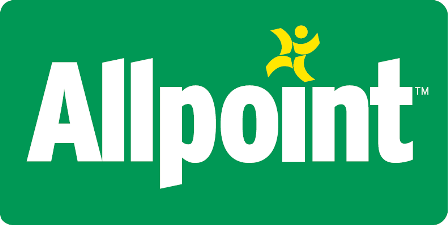 The Bayard House is located on the banks of the C&D Canal in Chesapeake City.

While The Sisterhood of the Traveling Wine page on Facebook has more than 7,100 members there appears to be an appearance of a Beer Dragon that also makes secret deliveries. Business Beat is in search of confirmation of these sitings.

BG’s Farm Market officially opened for the 2020 season Tuesday. It will be open 9 a.m. until 6 p.m. Tuesday through Saturday.

Fulton Bank closed its branch in the Elkton Crossing Shopping Center. Spokeswoman Stacey Karshin said the branch at 130 North St. in Elkton would remain in business, although at this time only the drive-through windows are accessible without an appointment.

Karshin said the movement by customers to online banking, mobile and remote options has led to the decision.

That branch changed its name in September from Columbia to Fulton Bank.

The Bayard House in Chesapeake City will re-open for carry out only starting on Mother’s Day with a special menu including deviled eggs with smoked salmon, capers, red onion, dill and cayenne oil, classic Caesar salad, and a choice of entrees; spiral ham, crab cakes or apple wood smoked prime rib.

From there The Bayard House is offering a menu special from Friday through Monday. Friday is Comfort Food from 4 p.m. until 8. Pasta Night is Saturday, 4-8. The Sunday Brunch will be served from 10 a.m. until 4 p.m. Mexican Monday is from 4 until 8.

Gov. Larry Hogan announced the appointment Saturday. She takes the post held by Al Redmer. Birrane is an attorney and former principal counsel to the Maryland Insurance Administration. Her father was Maryland Insurance Commissioner under Governors Marvin Mandel and Blair Lee.

Howard Bank’s Keep It Local contest is back for a second year. Last year’s winner was Rise N Grind Cafe in Rising Sun, which shared its $10,000 prize with two other Rising Sun businesses that were runners-up.

The deadline to apply is May 15. Businesses nominate themselves at howardbank.com/KeepItLocal. Being a Howard Bank customer is not a requirement.

To be considered a business must show it has a stake in its community and should explain how the business was born and why. The top five entries will go before the public for voting June 1.

Revenue generated by Maryland’s six casinos, which includes Perryville’s Hollywood Casino, dropped 15% through the first 10 months of the fiscal year according to Maryland Lottery and Gaming. This time last year gaming revenues were $145,236,133. However the casinos were closed March 16 to stem the spread of COVID-19, meaning there has been no revenue generated since.

Casino contributions to the state dropped 14.2% as did the donations to the Education Trust Fund.

Perryville has drafted its FY21 budget anticipating a monthly loss of $120,000 because of the closure.

“These are truly unprecedented times,” said Maryland Lottery and Gaming Director Gordon Medenica. “The casinos generate vital revenue for the state, but we remain focused on the health and safety of the casinos’ patrons and employees as we plan for reopening.”

Meanwhile Medenica said the casinos are preparing to open when allowed, and will institute all the required regulations.

“One advantage is that they already have extensive surveillance and security measures in place, which gives them unique capabilities for monitoring their patrons’ adherence to social distancing and other safety protocols,” Medenica said.

Businesses are taking advantage of the creative juices flowing in Cecil County. For example, UnWined in North East and Dove Valley Vineyard in Rising Sun are offering special discounts for those taking part in the newest social media craze: secret wine and beer deliveries. The Sisterhood of the Traveling Wine caters to the feminine side of COVID-19 isolation and social distancing to deliver wine and other treats, mostly in secret, to members of the page.

Likewise, a page for the beer guys has been born, albeit somewhat unofficially. It’s called Beer Dragons. The Beer Dragons often accompany the Wine Fairies, although in many cases the dragon flies alone.

Blue Blaze Associates in Newark, Del. won an AVA Digital Gold Award for its redesign of websites for Inductotherm Group. The New Jersey-based company includes 40 companies that manufacture more than 275 products across 21 countries.

“This is one of the largest projects Blue Blaze has ever completed,” comments Sandy Taccone, CEO of Blue Blaze Associates. “The biggest challenge we tackled was developing custom code to support the central product database so each of the products can be stored, revised and broadcast to any of the sub-company sites in multiple languages. I am proud of my team’s ability to adapt and problem-solve.”

CoreCares Foundation has introduced its Maryland Restaurant Relief Fund, which makes grants up to $2,500 available to restaurants impacted by COVID-19.

Old Bay and McCormick for Chefs kicked off the program with a $100,000 donation.

To find out more, including how to apply or to donate to the cause go to corecares.org/maryland-restaurant-relief-fund.

Doris McCleary said as the season progressed there would be more and different cuts available for purchase.

Now in its third season, BG’s Farm Market is open Tuesday through Saturday 9 a.m. until 6 p.m. For more information check out their Facebook page.

Cecil Bank customers now have access to a new and larger ATM network with the announcement Tuesday that the bank had joined the Allpoint Network.

This will make available more than 55,000 surcharge-free ATMs across the United States as well as in the United Kingdom, Canada, Australia and Mexico.

“Allpoint’s Network will provide greater access, convenience and savings to our customers, and with 55,000 locations worldwide located in major retailers, we think our customers will readily appreciate the easy access that they will now have to the numerous ATMS not only in our market area but across the World,” said Terrie G. Spiro, Cecil Bank President and CEO.

“We believe this expansion of ATM options will make cash access quick, easy and fee-free for Cecil Bank customers,” Spiro said, adding customers in Cecil and Harford County should look for the green Allpoint logo at stores, gas stations and other retail locations.

Four Seas Pizza on East Main Street in Rising Sun re-opened Tuesday (May 5), after being closed since March 17 due to the novel coronavirus.

Likewise, Pizza Boy in the Rising Sun Towne Center, which had closed around the same time, opens Wednesday (May 6). They are only taking carry out orders and offers curbside service.