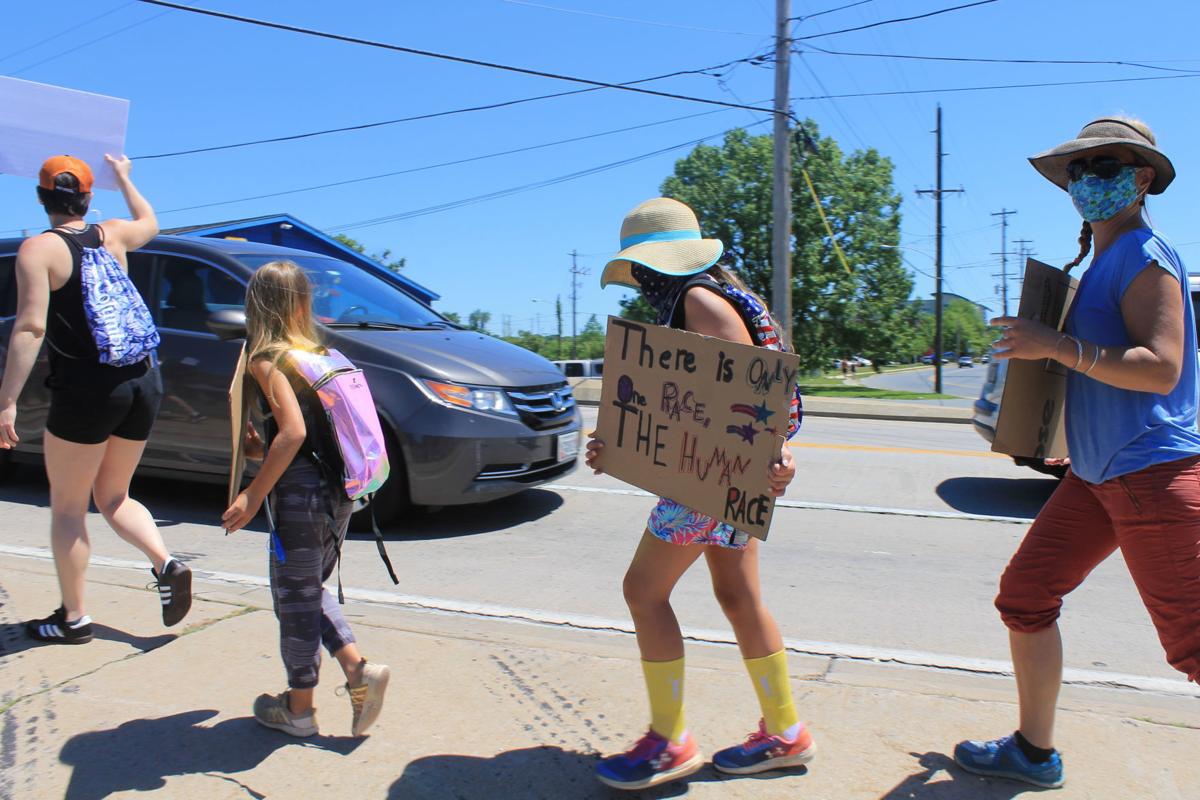 Protestors of all ages came out on Saturday for the Elkton march and “die-in” rally to honor George Floyd, a black man who was murdered by police after being accused of using a counterfeit $20. 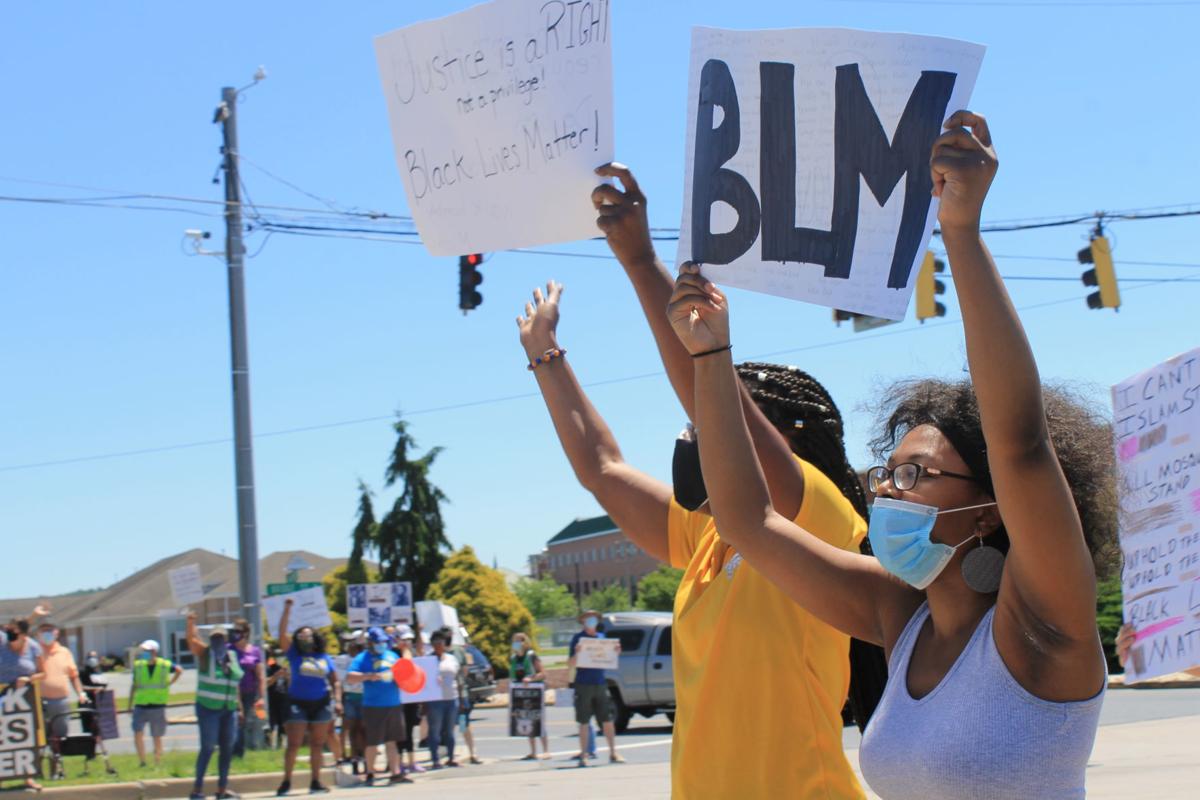 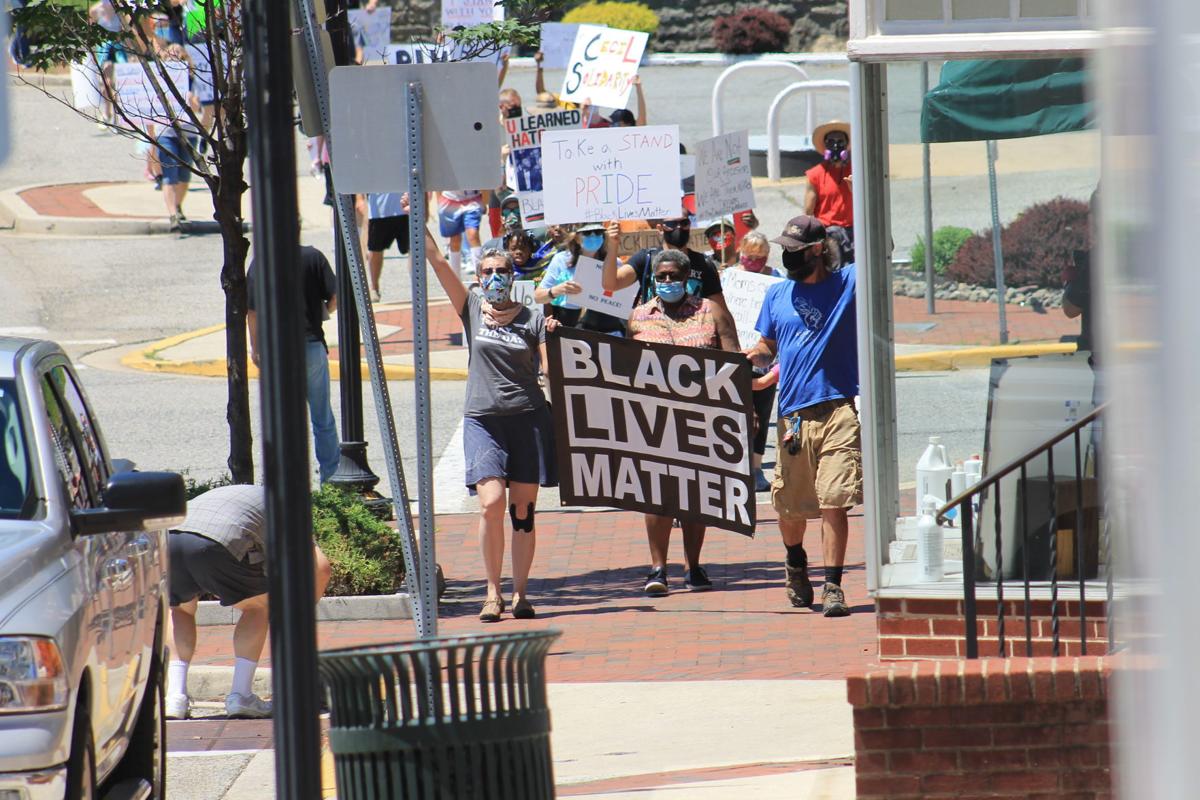 More than 200 people marched through Elkton’s downtown on Saturday. 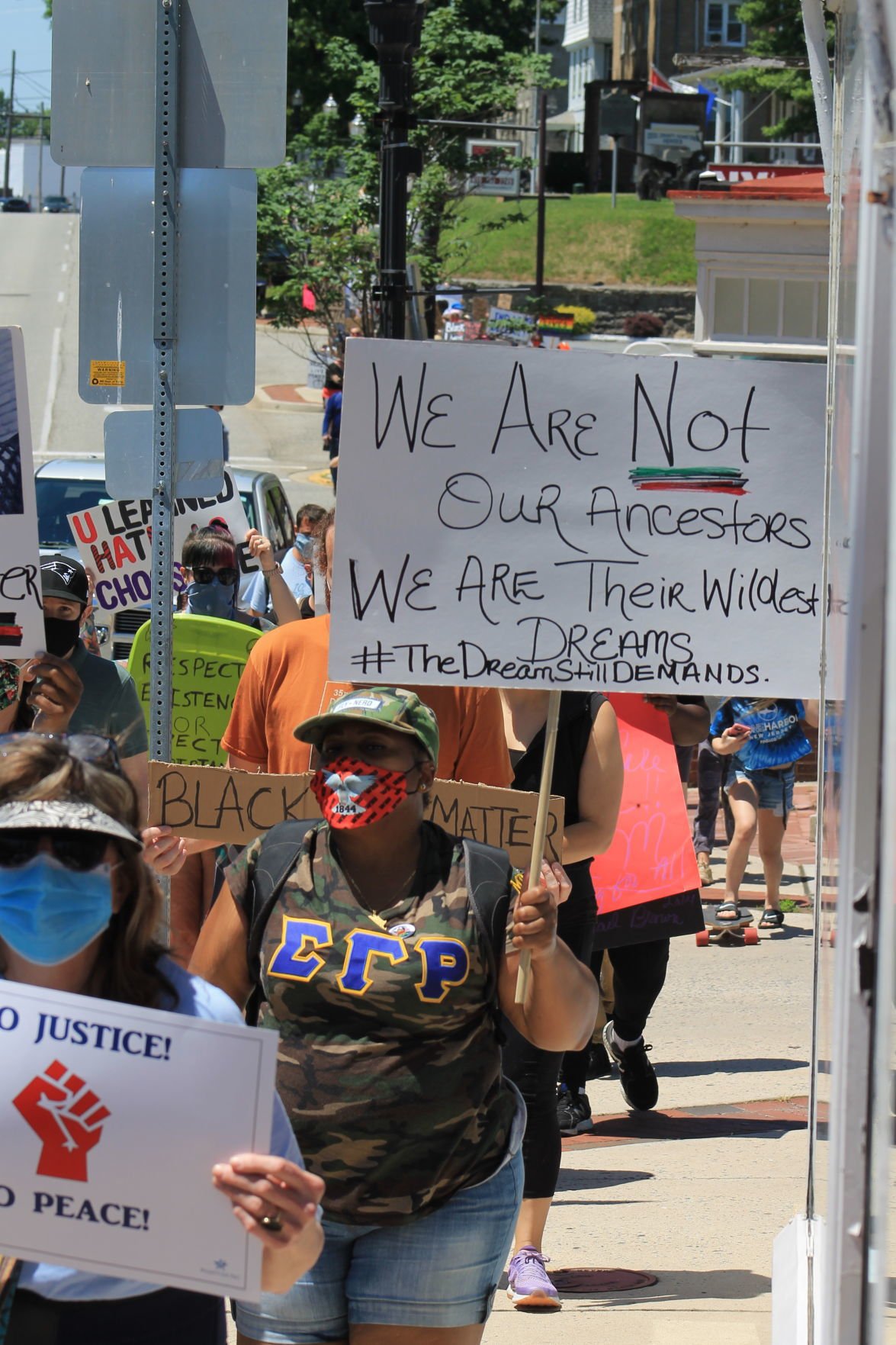 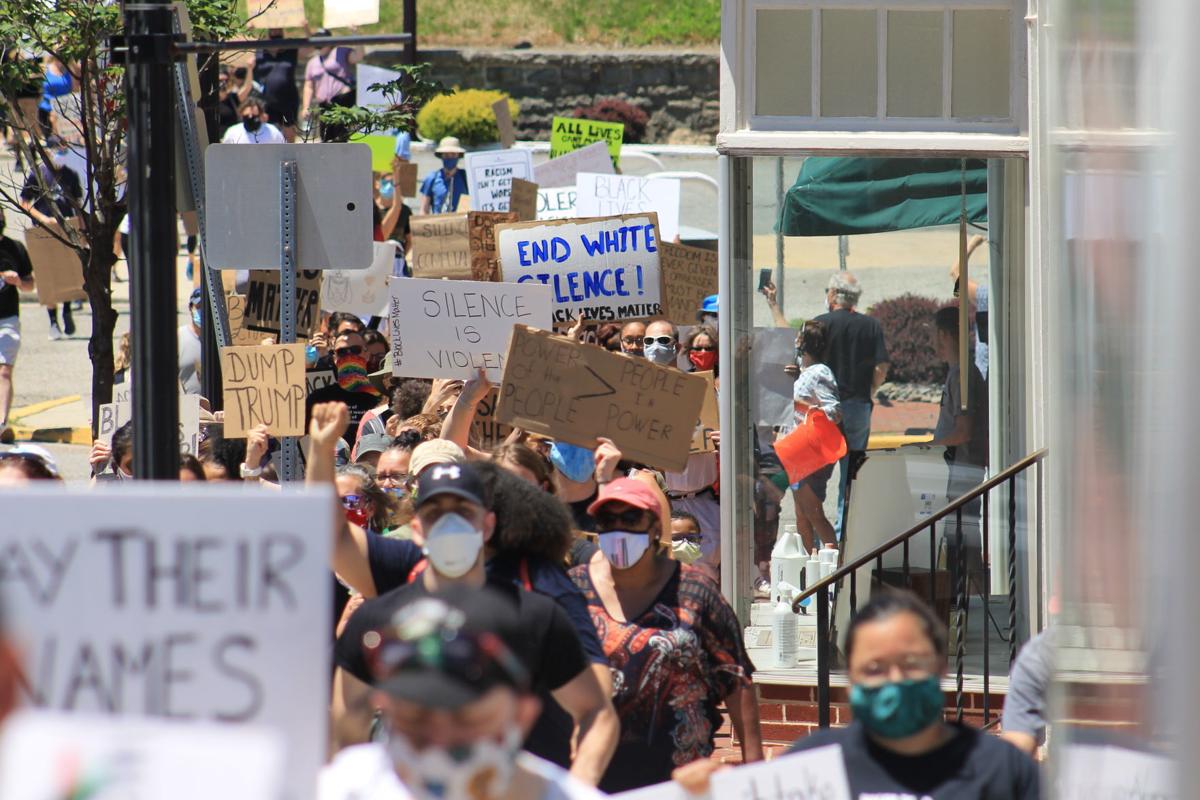 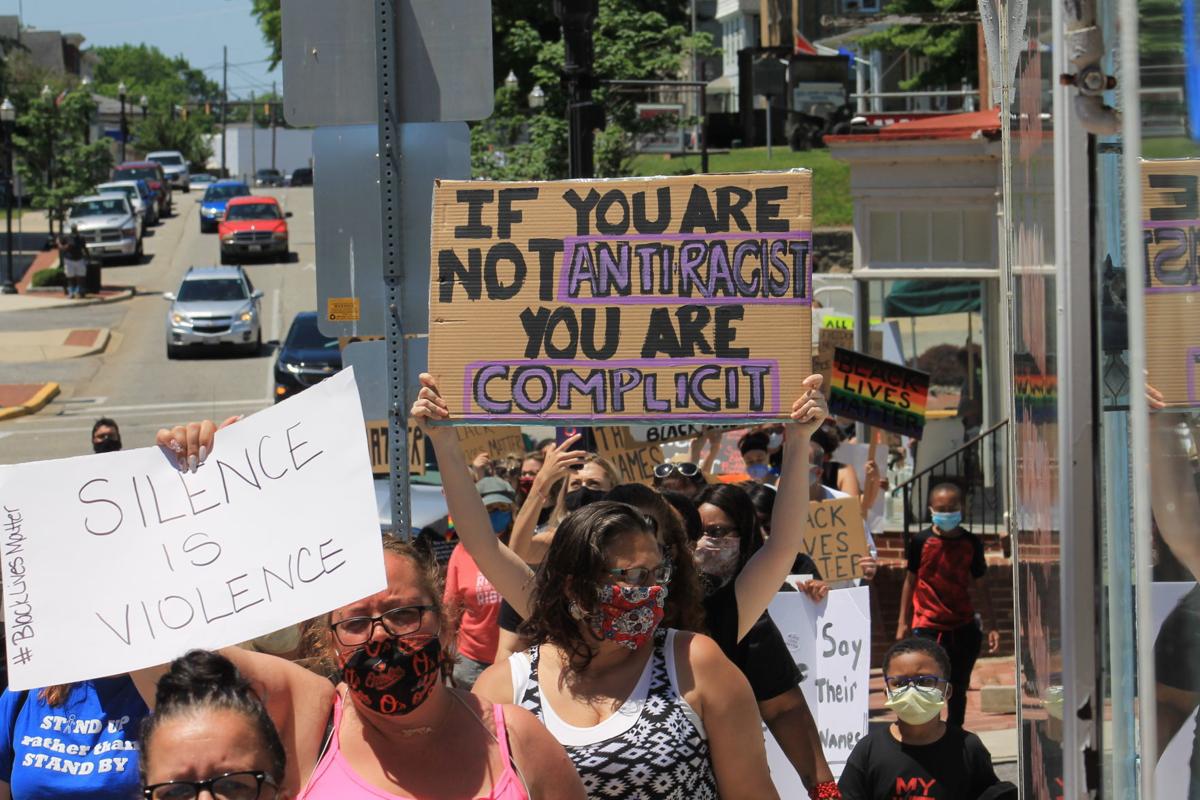 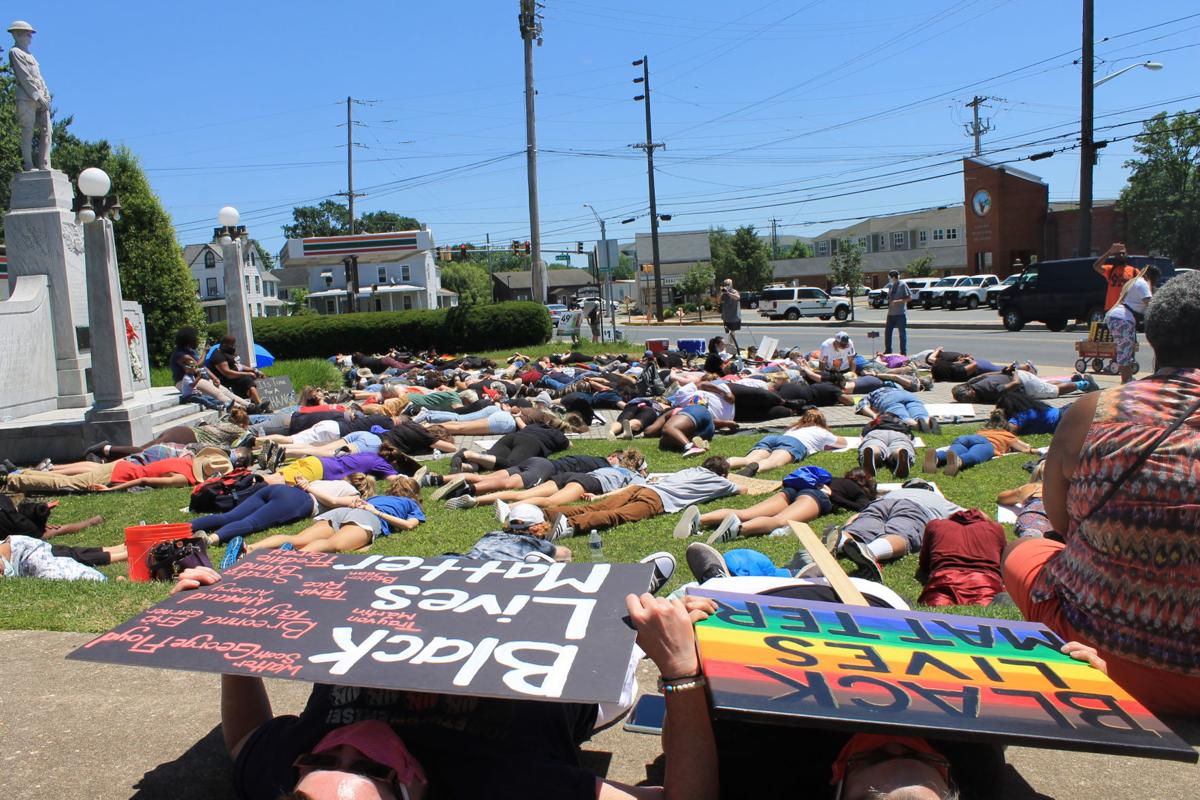 Protestors of all ages came out on Saturday for the Elkton march and “die-in” rally to honor George Floyd, a black man who was murdered by police after being accused of using a counterfeit $20.

More than 200 people marched through Elkton’s downtown on Saturday.

ELKTON — Marching through Elkton on Saturday, a massive band of social reformers, again, showed unity with the national outcry for change in the justice system.

Starting at Cecil College on Railroad Avenue, volunteer organizers were prepped before the day’s events began.

“Stay peaceful,” volunteers were told, in the case that any opposition stop them on their route up the bridge and back again through Elkton’s Main Street, ending at the memorial statute — directly across from the police station.

“Just let it blow over your head.”

Once at the memorial, participants lay for more than eight minutes on grass and cement in a public display of unity as the audio from George Floyd’s arrest-turn-murder played over loud speakers.

It was an emotional day, as some were held in the comfort of their loved one’s arms as prominent names in the Cecil Solidarity group spoke words of inspiration.

As the county attempts to divide the conversation, speakers at the weekend rally reminded participants: This is not a political display, but a call on humanity.

“We are not our ancestors, we are their wildest dreams,” said Tyra Hill, a media producer and host for her radio show, The Tyra Hill Show. “I am not my ancestors. I cannot stand and watch idly by as another black man or woman is killed.

“Now we have charged you to speak within your circle,” Hill said to the white people in the crowd. “ It means everything that you are standing up.... Be the conscience in your family, be the voice in your family.”

The weekend’s events were the latest in a string of public displays speaking out against racial injustice. But the leaders of Cecil Solidarity are ready to take it to the next level.

Yesterday, the group’s steering committee was invited to a roundtable discussion with the Cecil County NAACP chapter and law enforcement for next steps. The group has garnered great momentum — starting as a few posting on Facebook to now a group of more than 1,400 followers.

The resolutions from this meeting will set the stage for the future of racial equality in Cecil County.

Also, today, the Elkton mayor and commissioners will see a proclamation recognizing Juneteenth — June 19. On June 19, 1865, Texas had finally received message to free all enslaved people. The Emancipation Proclamation of 1863 was not enforced in Texas until after the Civil War had ended. It is now celebrated holiday in the black community and increasingly so around the United States.

What started as a way to stand “together and raise our voice in solidarity” with those protesting police brutality and prejudice in the justice system has quickly become a grassroots movement. The protests in Cecil County echo a sentiment felt around the world.

Floyd is not the only name recognized as an unarmed black person who was allegedly killed by police. Breonna Taylor, who was allegedly shot and killed in her bed by Louisville police officers who were issued a no-knock warrant for drugs. (No drugs were found in Taylor’s apartment.) Taylor’s wrongful death led to a city-wide ban of no-knock warrants.

But this isn’t some far-fetched story in another city, another state.

On Saturday, Elkton resident Tyra Hill, forcing back tears, opened up to the more than 200 participants about the challenges that have faced her family. In the late 90s, her brother was murdered during a no knock warrant search, she said. Her niece, a toddler at the time, was home when her father was shot dead 20 times by police.

“God said it was time to talk about it,” Hill said.

But that isn’t where her story stopped.

In 2012, her son “did something stupid” she said — admitting her school-age son had not made a good choice. But, discipline went above and beyond parental authority. He sold a pill to an undercover cop.

“I hold him accountable,” Hill said.

However, shortly after. Elkton police, with state and other law enforcement in tow, entered Hill’s home on a no-knock warrant.

“By the grace of God, I was in Miami,” Hill said, voice full in memory. “Thank God nobody was home. I would not be here today.”

This is the reality for many black mothers and fathers that the black community has to be especially careful not to make any mistakes, according to several mothers interviewed. Hill, who like anyone, would have reacted to people breaking down doors with guns. She knows she would have ran, she told protestors — even though she didn’t do anything — and she fears that day could have been the end of her or her son’s life.

She says that’s she’s now a target by law enforcement in Cecil County.

One common sign among protestors is “Racism isn’t getting worse, it’s getting filmed” — a technological phenomena that has turned heads in scrutiny toward police.

To Hill, though, more people are listening.

But those standing with Cecil Solidarity aren’t against the police, but rather the egregious lack of accountability within the justice system that has failed, and ultimately killed, a disproportionate number of black people to white people, according to an investigation by the Washington Post.

“I don’t know a black person that doesn’t know that not all police are bad,” said Eric Brown, another speaker at the weekend’s protest. “We’ve seen good police.”

Brown reminded protestors to keep their eye on the prize: a country where all relish in the freedoms of the American dream, “equally for everybody.”

But the community must be in it together.

Calling out the Cecil County government — with Director Al Wein and Executive Alan McCarthy in attendance — Brown said to be ready, because there is a loud demand for change.