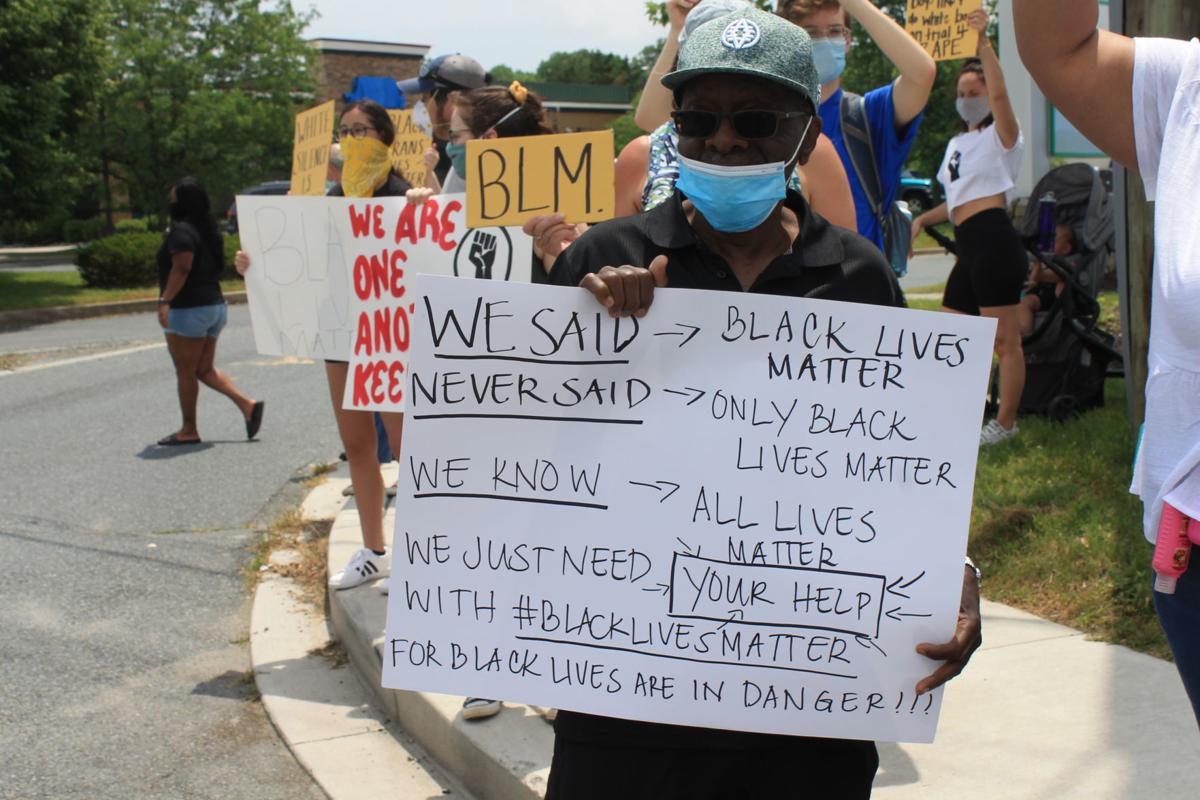 Charles Givens, one of Elkton’s commissioners, came out Saturday in support of Black Lives Matter. 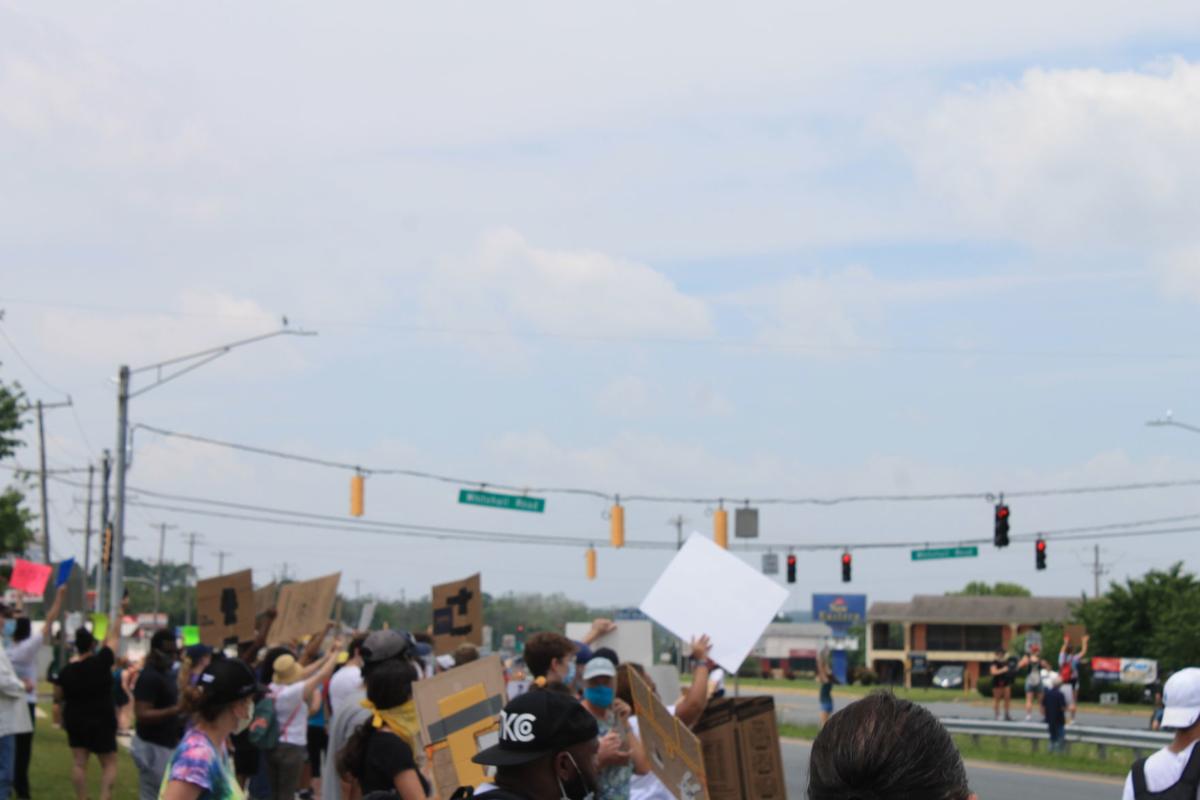 Between about 300 people lining Pulaski Highway in Elkton, shown above, and the 250 ralliers in North East on Sunday compared to last week’s 75; the Black Lives Matter movement in gaining momentum fast in Cecil County. 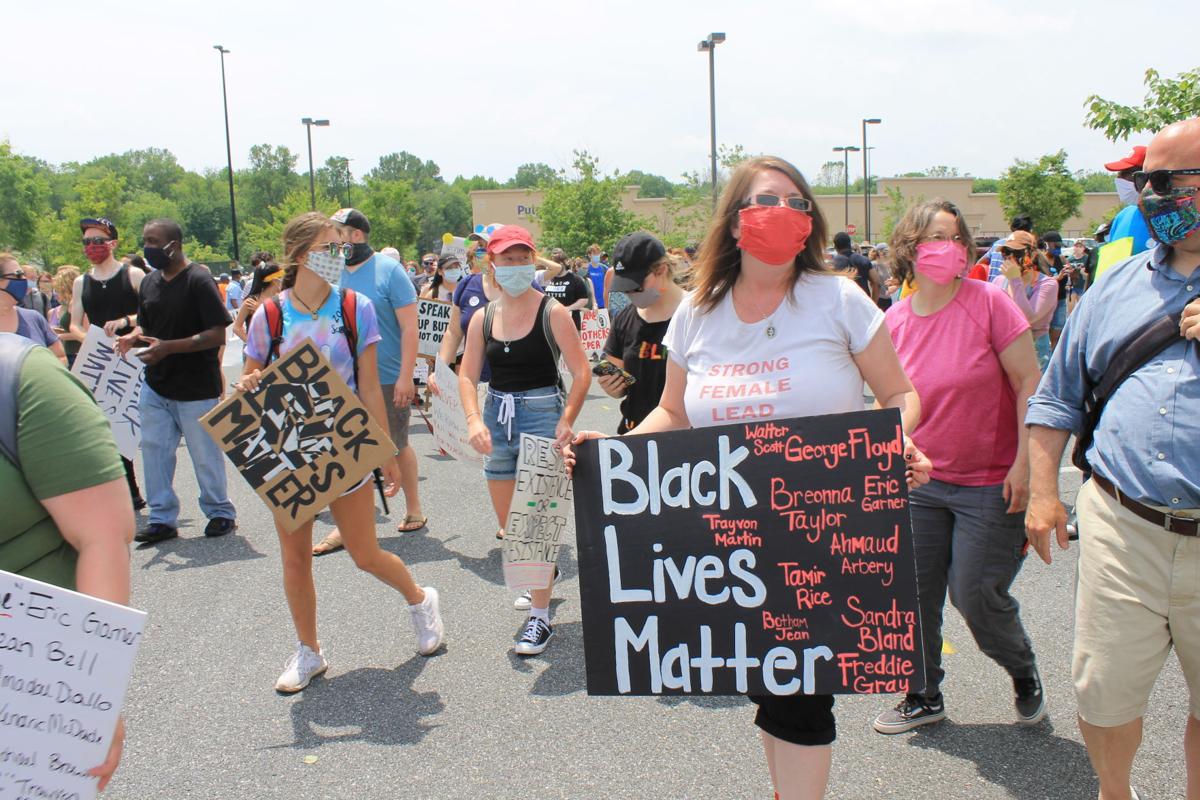 Between about 300 people lining Pulaski Highway in Elkton, shown above, and the 250 ralliers in North East on Sunday compared to last week’s 75; the Black Lives Matter movement is gaining momentum fast in Cecil County.

Charles Givens, one of Elkton’s commissioners, came out Saturday in support of Black Lives Matter.

Between about 300 people lining Pulaski Highway in Elkton, shown above, and the 250 ralliers in North East on Sunday compared to last week’s 75; the Black Lives Matter movement in gaining momentum fast in Cecil County.

Between about 300 people lining Pulaski Highway in Elkton, shown above, and the 250 ralliers in North East on Sunday compared to last week’s 75; the Black Lives Matter movement is gaining momentum fast in Cecil County.

ELKTON — Between camps in Elkton and North East, more than 500 people lined popular corners of Cecil County highways on Saturday and Sunday — continuing to rally for Black Lives Matter.

“The dramatic, multi-cultural protests that we are witnessing have reopened the dialogue and gives us another chance to try and heal this wound and stop the bleeding. To try to heal a wound that never seems to stop bleeding,” said Anthony Gill, one of several speakers that addressed the Elkton rally on Saturday.

There have been three protests in Cecil County that have been organized by Cecil Solidarity, which blossomed out of the national outrage following the murder of George Floyd on May 25. It hopes to “implement meaningful and impactful changes in the community so we don’t have an incident like George Floyd or Breonna Taylor here in our county,” said organizer Christine Givens, commenting on the “overwhelming support” from the community that’s been the fuel behind its campaign.

The group has five goals it hopes to see implemented in Cecil County: 1) ban chokeholds/strangleholds, 2) dissolve the “Blue Wall of Silence”, 3) train officers on racial sensitivity and diversity, 4) ensure independent investigations of all officers involved in deaths, and 5) ensure body cams are worn by all officers and on throughout duty.

Police around the country have been under scrutiny for excessive use of force by their fellow brothers in blue. But what organizers are calling for in Cecil County specifically, is eliminating the systematic prejudice within law enforcement and amplifying the voice of the black community.

Protestors argue only two sides in the emerging “race war” being sensationalized across social media is the racists and the anti-racists. As Cecil Solidarity wrote in its Letter to the Editor last week, “Black lives are facing disparities and prejudices that other communities don’t have to deal with.”

“All lives matter” and other critiques against the Black Lives Matter movement diminishes the value of black voices and “all the work we’ve put in,” Givens said.

“We are sending a message that racism is no longer tolerated; that we are anti-racist,” said Rev. R. Kevin Brown, Sr. of Wright’s AME Church at Saturday’s protest on Pulaski Highway in Elkton. “We must move from the protests to productivity. ... No more photo ops. It’s time to put your feet to the street and raise our voices.”

However, unlike the peaceful unity walk in Rising Sun — an area that has ties to hateful histories — there hasn’t been much outreach from local leadership within the county nor towns. Commissioner Charles Givens made his appearance at Saturday’s rally with sightings of Cecil County executive candidate Jeff Kase. The absence of Elkton and county leaders at the BLM protests have not gone unnoticed, though law enforcement has been responsive to emails calling for action.

Cecil Solidarity leaders, applauding the young Rising Sun organizer for taking action, say the march missed the mark that this group is trying to unify. However, blame falls on those that know better than to counter a peaceful protest with another with varying messaging on the same day.

“We have created a community-based group,” Given said. “We are very visible. The people that supported the peace march knew we were also doing a rally for unity. …

“Those leaders knew we were there. They didn’t guide her and say join this group. We would have loved [to collaborate with her].”

Cecil Solidarity calls itself a “collaborative, community-based group formed to promotes racial and social justice in Cecil County and beyond.” It is currently finalizing mission statements and goals by its leaders Givens, Eunice Grant, Tim Rothermel, Lindsay Bergman-Debes and Janice Stenger.

There are more than 1,000 members following the group’s social media site — an outpouring of allies that wasn’t expected in Cecil County.

In the past couple weeks, the group has been busy. So far, the group has started a running list of black-owned businesses in the county; organized peaceful community events and letter-writing campaigns to mayors and law enforcement in Cecil County; it also serves as a hub for members to share resources, petitions and engage in friendly conversation about evoking real change.

Cecil Solidarity preaches peaceful protesting, and is working on ways to provide training on how to de-escalate situations.

Though others have tried to form coalitions similar in the past in Cecil County, none have stuck, according to one member of the Cecil Solidarity steering committee.

But this one has made its mark, and is seemingly picking up momentum and followers as their messaging becomes clear.

“2020 is the clear lens enabling us to see clearly, with no distractions,” Givens said, as the ongoing pandemic has forced people to stay inside or in isolation for long periods. “We have time to sit still and are forced to pay attention.”

Now things are moving, she said. Things are beginning to “shift, and shift with purpose.”

Follow the Cecil Whig for more information on the Black Lives Movement in Cecil County.