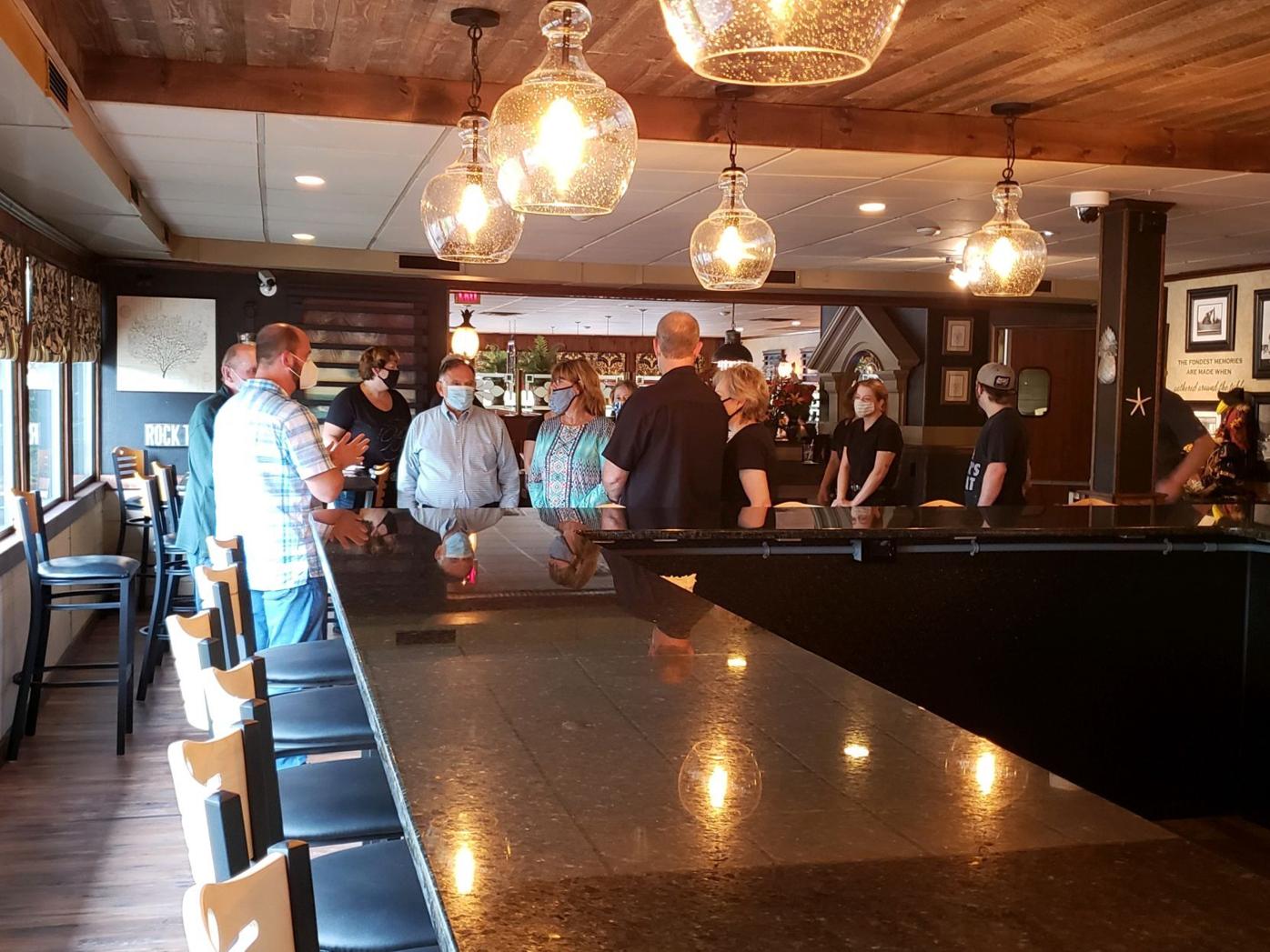 The Rev. Chris Pennington from Aldersgate United Methodist Church in Wilmington prays for the staff and customers of Baker’s Restaurant ahead of the re-opening of the iconic Elkton eatery Friday. 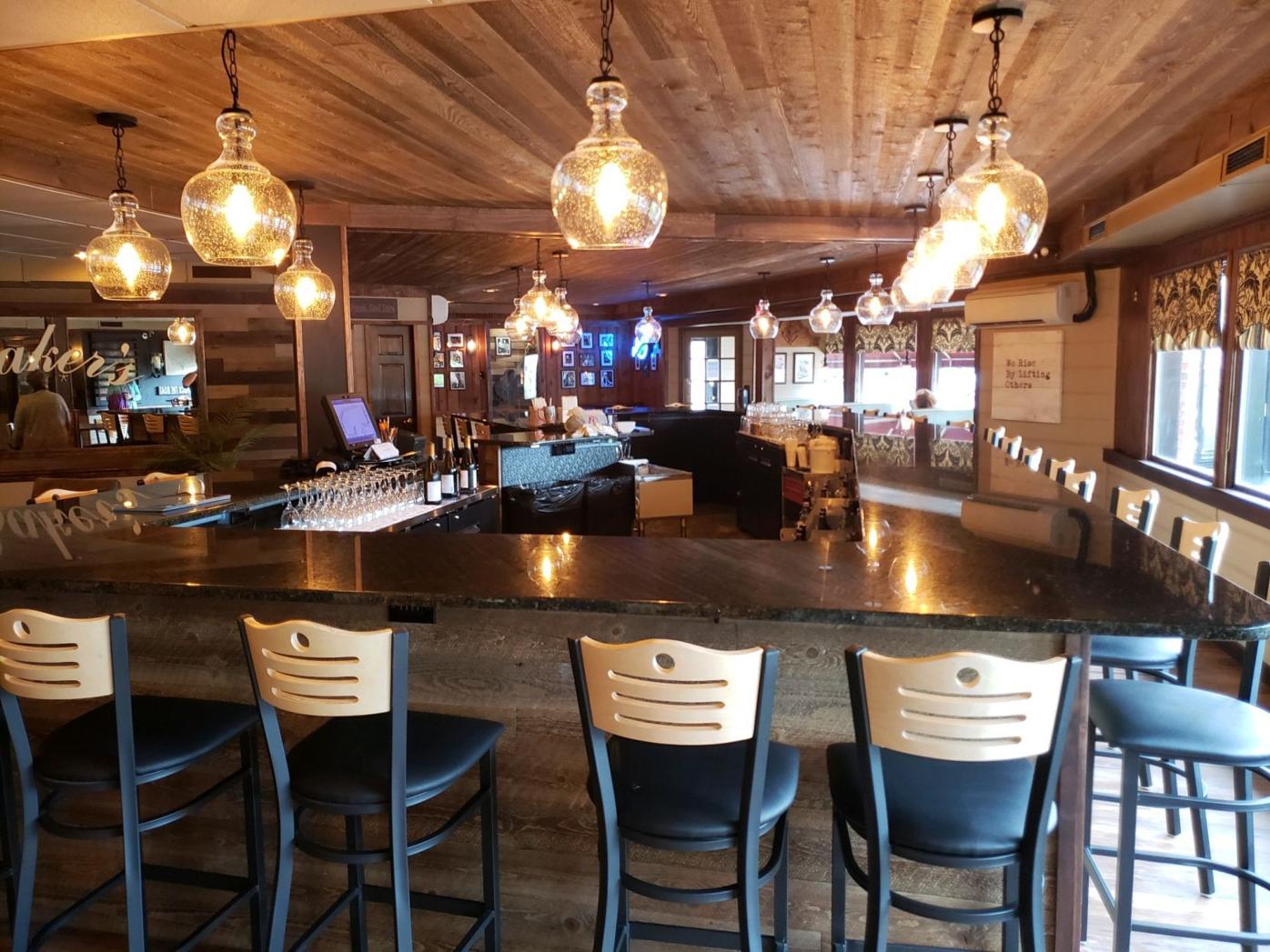 Taking out a wall allowed Rob and Wendy Matthews, owners of Baker’s Restaurant in Elkton, to build a much larger bar. 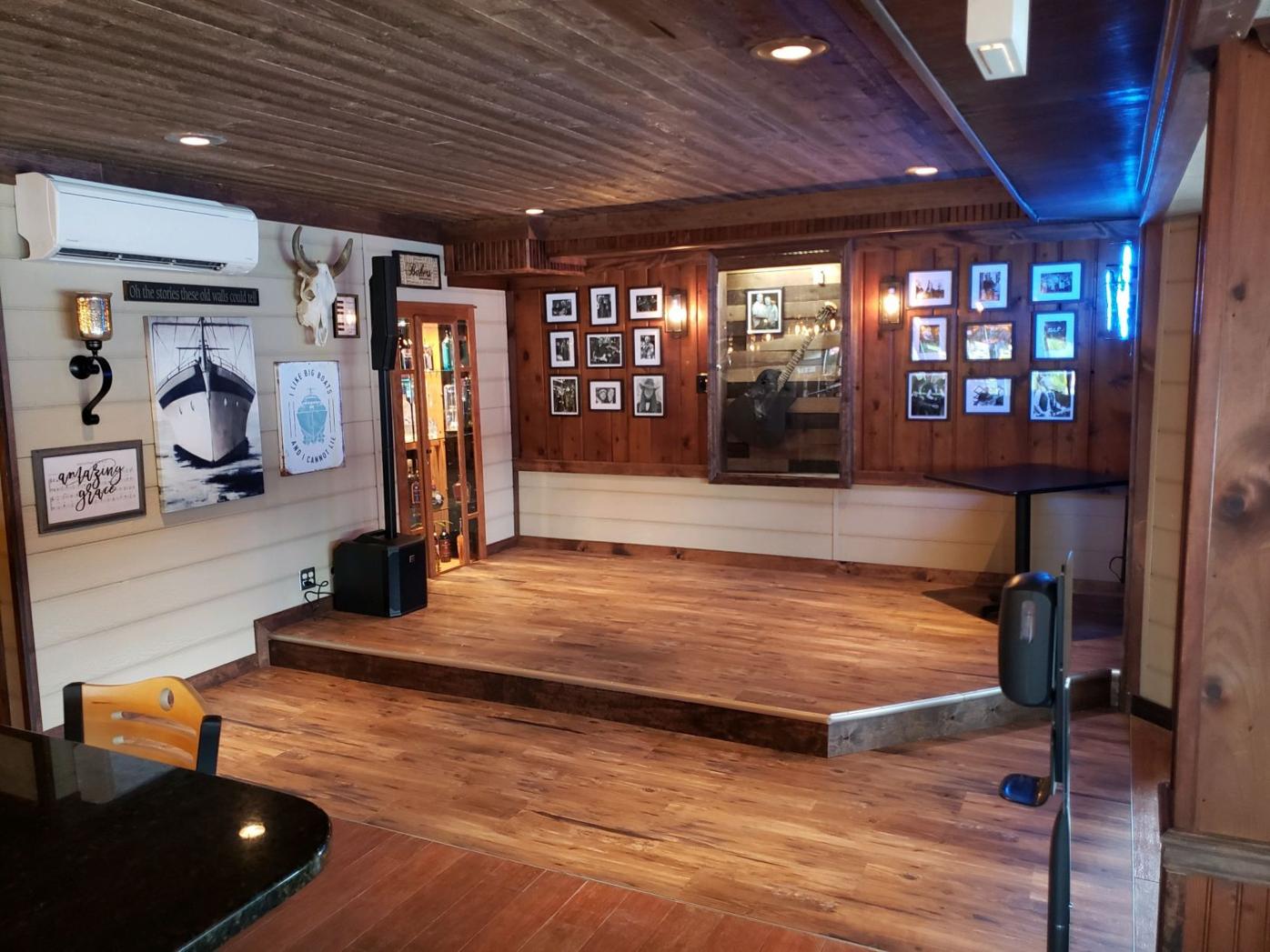 One of the new features from the renovation of Baker’s Restaurant in Elkton is an actual stage area for performers. 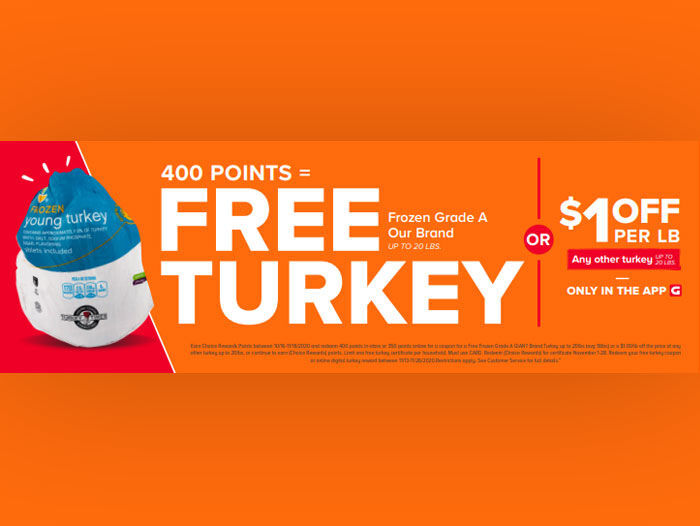 Points collection toward a free Thanksgiving turkey has begun for shoppers at Martin’s Food Store in Rising Sun. 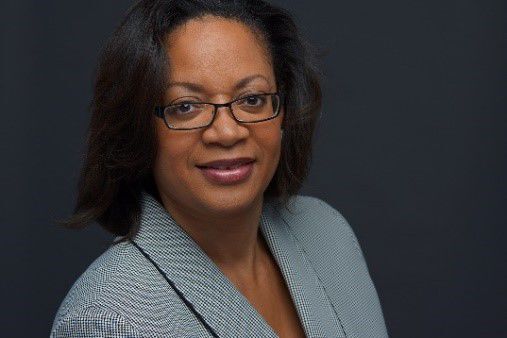 Theresa B. Felder has been named the new president of Harford Community College in Bel Air. 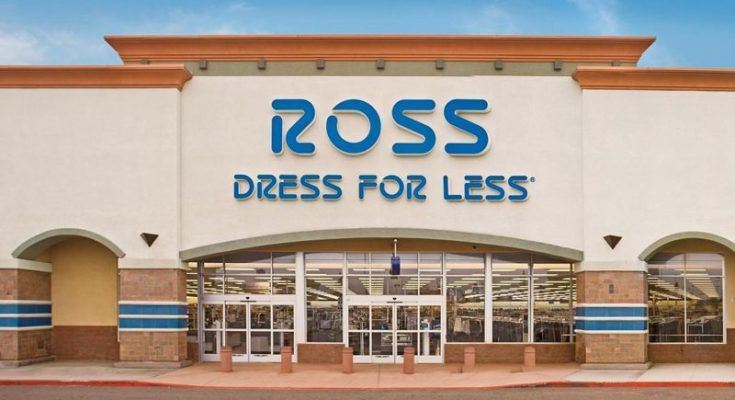 The Rev. Chris Pennington from Aldersgate United Methodist Church in Wilmington prays for the staff and customers of Baker’s Restaurant ahead of the re-opening of the iconic Elkton eatery Friday.

Taking out a wall allowed Rob and Wendy Matthews, owners of Baker’s Restaurant in Elkton, to build a much larger bar.

One of the new features from the renovation of Baker’s Restaurant in Elkton is an actual stage area for performers.

Points collection toward a free Thanksgiving turkey has begun for shoppers at Martin’s Food Store in Rising Sun.

Theresa B. Felder has been named the new president of Harford Community College in Bel Air.

Baker’s Restaurant has re-opened for business after being closed, not by COVID, but due to an August flood.

Rob and Wendy Matthews took advantage of the damage done by several feet of rain water in their business at the corner of Route 213 and Locust Point Road in Elkton to do some of the renovations the couple had been planning.

“We have wanted to make the bar bigger for some time,” Rob said. Wendy wanted to take out a wall, which made Rob apprehensive at first. Then she found an old photo of the family-owned, 60-year-old restaurant showing the wall that was in place had not always been. The wall was removed. “So we doubled the size of the bar.”

Rob said he hoped customers would be patient as the bartenders learn the new, much larger set up.

There is now an actual stage for musicians and carpeting has been replaced with wood floors. And while the fan favorites are back on the menu Rob has some new food items.

“We found a pork rib loin we’ll be adding,” he said. The chicken and dumplings will be back.

He got his waitstaff back but most of the kitchen staff went elsewhere during the shutdown, so just about everyone behind the scenes is new. Baker’s Restaurant had only been open a few weeks when the storm hit. The double whammy canceled plans for any kind of grand opening Friday.

He was going to revisit the 60th anniversary party idea and sell tickets. However even with the allowed 75% capacity and six-foot social distancing he and Wendy felt it was better to start small. Instead he had his cousin, the Rev. Chris Pennington from Aldersgate United Methodist Church in Wilmington bless the re-opening and his employees an hour before the 4 p.m. opening Friday.

Baker’s Restaurant is open Thursday and Sunday from noon until 7 p.m. Friday and Saturday the hours are 4 p.m. until 9 p.m. with live music from 6 — 9. For more information go to BakersRestaurant.net or find them on Facebook.

With Thanksgiving coming right after Halloween, Martin’s Food Store in Rising Sun has started its annual free turkey promotion. Now through Nov. 26 shoppers collect points toward the Martin’s brand bird that is the centerpiece of the family meal. Shoppers can alternately choose another brand of turkey and get $1 off per pound.

There is also the option of a family sized lasagna or tofurkey instead of a turkey for those collecting 400 points.

Additionally, through the Choice Rewards program in the Martin’s app shoppers can apply credits to the sides including the pumpkin pie.

The Board of Trustees of Harford Community College have announced the appointment of Theresa B. Felder as the new president of the college in Bel Air, Md.

Felder will take the role Jan. 1, 2021. Dr. Felder comes to HCC from Clark State Community College in Springfield, Ohio. This makes her the 10 president of the college since it opened in Sept. 1957.

With October being Breast Cancer Awareness Month the University of Maryland Medical System, which includes Harford Memorial Hospital in Havre de Grace and Upper Chesapeake Medical Center in Bel Air, is urging women to get their annual mammogram.

Even though COVID-19 has canceled or delayed many plans, the PSA urges women not to put off getting the vital test for breast cancer.

“It’s as easy as riding a bike, simple as pie, something you can do with your eyes shut. Stop putting it off, because these screenings detect early cancers which can save lives. Don’t delay getting your annual mammogram, do it now,” a voice in the video announces.

See the full 30-second PSA at the UMMS YouTube Channel.

Comcast is expanding its service in the North East area thanks to a grant to Cecil County through the Maryland Governor’s Office of Rural Broadband. The expansion will add 61 addresses to its service territory in the area of Irishtown and McKinneytown Roads including the Black Hill Ranger Station, which is part of the Maryland Department of Natural Resources park system.

A $202,432 grant partially funded the program, which Alan McCarthy, Cecil County Executive, called a good example of a public-private partnership.

“Public-private partnerships such as this are wins for everyone involved and we’re pleased to be partnering with Comcast and the Governor’s Office of Rural Broadband to extend broadband service throughout the county,” McCarthy said.

Kenrick Gordon, director of the state office, said this will address on of the county’s broadband deserts.

“Smaller scale projects such as this are critical components of our goal to extend broadband to every resident and business in rural Maryland,” Gordon said.

Comcast hopes to be able to offer its Xfinity line of products to these new customers by this time next year.

Ross Dress For Less, the discount retailer selling clothing and housewares, will open Saturday at 1713 Churchman’s Road in Newark.

The store will be in the Center Pointe Plaza, and the third Ross in Delaware joining stores in New Castle and Dover.

The only Delaware company to be named to the 2020 Philadelphia 100 List of the fastest growing, privately held companies in the region is Blue Blaze Associates.

Sandy Taccone, CEO of the Newark company that is women- and LGBT-owned, said she and her team are honored and excited to be included on the list.

“Running a business during this pandemic is an extraordinary challenge,” Taccone said. “Now more than ever, building a solid brand presence with a focused marketing strategy is essential. And that’s what we do best for our clients.”

Part of entrance to the list hosted annually since 1988 by The Entrepreneurs Foundation of Greater Philadelphia, is that the company must experience rapid revenue growth over a three-year period. For more information on this company go to blueblazeassociates.com

Author, speaker and productivity expert Audrey Thomas will lead a free virtual seminar Oct. 27 at noon called “Passport to Productivity; A Destination Worth Planning For.”

Thomas will cover eight topics including preparing your mind and body for the day, keeping up with email and best practices, identifying and minimizing distractions, and establishing and maintaining productive routines in this new work normal.

Thrivent is hosting the seminar. To learn more about Thrivent contact Marcia Upton in Oxford, Pa. at 717-542-3663.

Armstrong, the cable television, telephone and internet provider with an office in Rising Sun is offering a new data plan for its Zoom Internet that promises unlimited data, ultra fast speeds and whole home wi-fi. Zoom Extreme also provides up to one gigabite per second of download