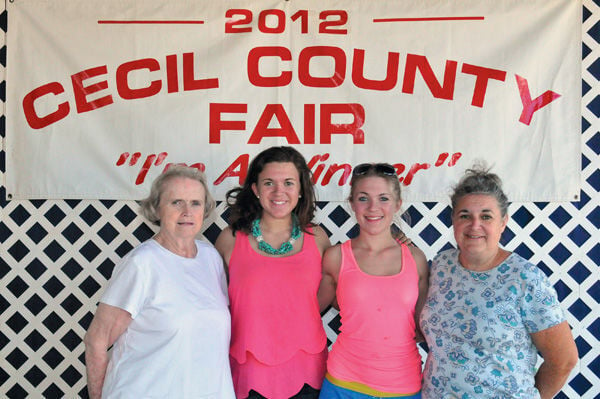 Three generations of Farm Queen winners in the family starting with Ruth Montgomery Brown, Ashley, Katie and Ellen Larrimore. The Cecil County Farm Bureau is deciding what the 2021 pageant will become since the Maryland Farm Bureau is considering adding young men to the competition. 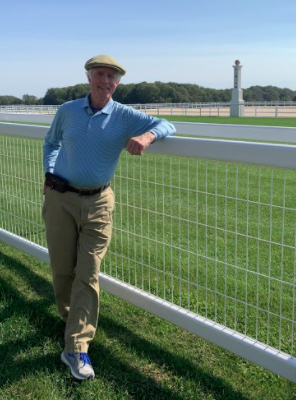 Charles “Charlie” Fenwick Jr. has been named to the Fair Hill Foundation Board of Directors. 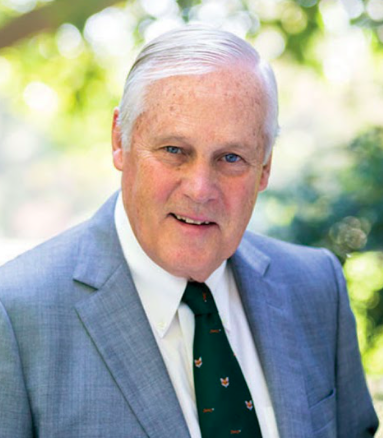 Jack S. “Jay” Griswold has been named chairman of the Board of Directors of the Fair Hill Foundation. 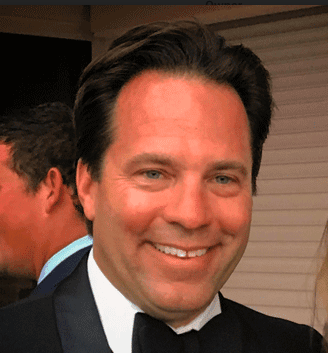 William T. “Will” Phipps has been named president of the Fair Hill Foundation Board of Directors. 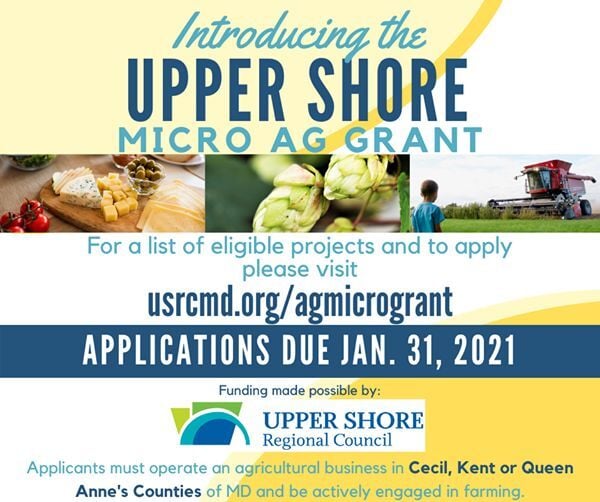 Grants for ag projects that support, expand or diversify Cecil County’s products can be had through a micro-grant program offered by Upper Shore Regional Council.

Three generations of Farm Queen winners in the family starting with Ruth Montgomery Brown, Ashley, Katie and Ellen Larrimore. The Cecil County Farm Bureau is deciding what the 2021 pageant will become since the Maryland Farm Bureau is considering adding young men to the competition.

Charles “Charlie” Fenwick Jr. has been named to the Fair Hill Foundation Board of Directors.

Jack S. “Jay” Griswold has been named chairman of the Board of Directors of the Fair Hill Foundation.

William T. “Will” Phipps has been named president of the Fair Hill Foundation Board of Directors.

Grants for ag projects that support, expand or diversify Cecil County’s products can be had through a micro-grant program offered by Upper Shore Regional Council.

After getting feedback from former winners and members of the Maryland Farm Bureau, a decision could come next month on the future of the Miss Maryland Agriculture contest.

Parker Welch, director of organizing, said the Farm Bureau’s Young Farmers and Women’s Leadership chairs are sifting through all the comments made by bureau members and former winners to decide what the agriculture-focused scholarship competition will look like going forward.

“Right now the plan is to call it an ambassador program,” Welch said. That plan includes making the competition open to young men as well as women.

That’s not the only change. Andy Cashman, general manager of the Maryland State Fair, said it was time for the fair to step away for various reasons including staffing changes.

“The woman who was in charge since the 70s is stepping down,” Cashman said. “The Maryland State Fair has done it for years with the Maryland Farm Bureau and now (MFB) has decided to take it over.”

Both Welch and Cashman are unsure at this point what, exactly, the new competition will look like including when and where it would take place.

“They may move it to the (Maryland Farm Bureau) convention in December,” Cashman said. “It they still want to have it here they can,” he said, indicating the state fair grounds in Timonium could be the venue. It had been part of the Maryland State Fair celebration every year.

Grass buffers, forest buffers and watercourse access control area are the targeted areas for the grant program, which provides 75% funding up front and the remaining 25% upon completion.

Contracts are for 5- or 10-years. Mowing and harvesting is allowed in the program area, while nutrient application is not. Technical assistance will come from the Cecil County Soil Conservation District.

Landowners must finish their project by June 30, 2022

Get more information and the application by going to mda.maryland.gov

Among the goals of the program is to “generate new products, create and expand marketing opportunities and increase producer incomes” according to the USDA.

This is a $33 million nationwide program, which has an additional $35 million available for producers affected by COVID-19.

The workshop will run from 9 until 11 a.m. Pre-registration is required. Call Nicholas Garrison at 302-857-3582 or send him an email; nicholas.garrison@usda.gov

Priapi Gardens in Cecilton is adding to your spring “to-do” list with the reminder that the plant stock orders are being prepared and your choices must be made by Feb. 1.

Since gardening has become more popular there is expected to be a shortage so plan your garden now.

Vic and Mary Priapi are also inviting folks to sign up for the new Community Supported Agriculture seasons. Spring CSA starts Feb, 24 and runs 10 weeks. The Summer CSA, starting May 5, is 22 weeks of fresh produce and the 10-week Fall CSA begins Oct. 6. Priapi Gardens offers a small and a large share for each cycle. Go to priapigardens.com for details on ordering plants or signing up for CSA.

The Fair Hill Foundation has announced new officers including a name steeplechase fans will recognize.

Jack S. “Jay” Griswold has been named chair of the foundation. He has been vice president since 2017. He is current chair of the Proud Past/Infinite Future campaign for Fair Hill.

William T. “Will” Phipps is the new board president.

Both men were voted on unanimously by the board of directors Wednesday.

At the same meeting Charles C. “Charlie” Fenwick Jr. was elected to the board of directors. As an amateur steeplechase jockey Fenwick is only the second American to win the English Grand National. He trained at a top stable on the circuit in the 80s and 90s, winning an Eclipse Award in 1987.

Students attending the University of Maryland College Park or Eastern Shore, University of Delaware or Pennsylvania State University who plan to pursue a degree in an agriculture based field of study should consider applying for the National Crop Insurance Services 1890 Scholarship. It’s open to sophomores attending these 1890 Land Grant universities. Students can apply for the next round of scholarships in the spring. Get the application by sending an email to Dr. Laurence Crane at laurencec@ag-risk.org

Don’t forget to get your application in for the Upper Shore Micro Ag Grant. The deadline is Jan. 31. Farmers in Cecil, Kent and Queen Anne’s counties are eligible to receive up to $5,000 for a proposal that supports expansion, diversification, improved marketing or research.

The application for the micro grants, sponsored by the Upper Shore Regional Council, is available at ccgov.org through the Cecil County Office of Economic Development at ccgov.org/agriculture

Priority will be given to projects focusing on new or emerging markets, projects that bring together two or more businesses, benefit the entire ag community, support minority or veteran farmers, or promote the Cecil Grown/Buy Local campaign.

Recipients will be announced next month.

Maureen O-Shea, Cecil County Ag Coordinator, suggests that anyone with a project needing more than $5,000 should go through MARBIDCO and their cost share grant program.