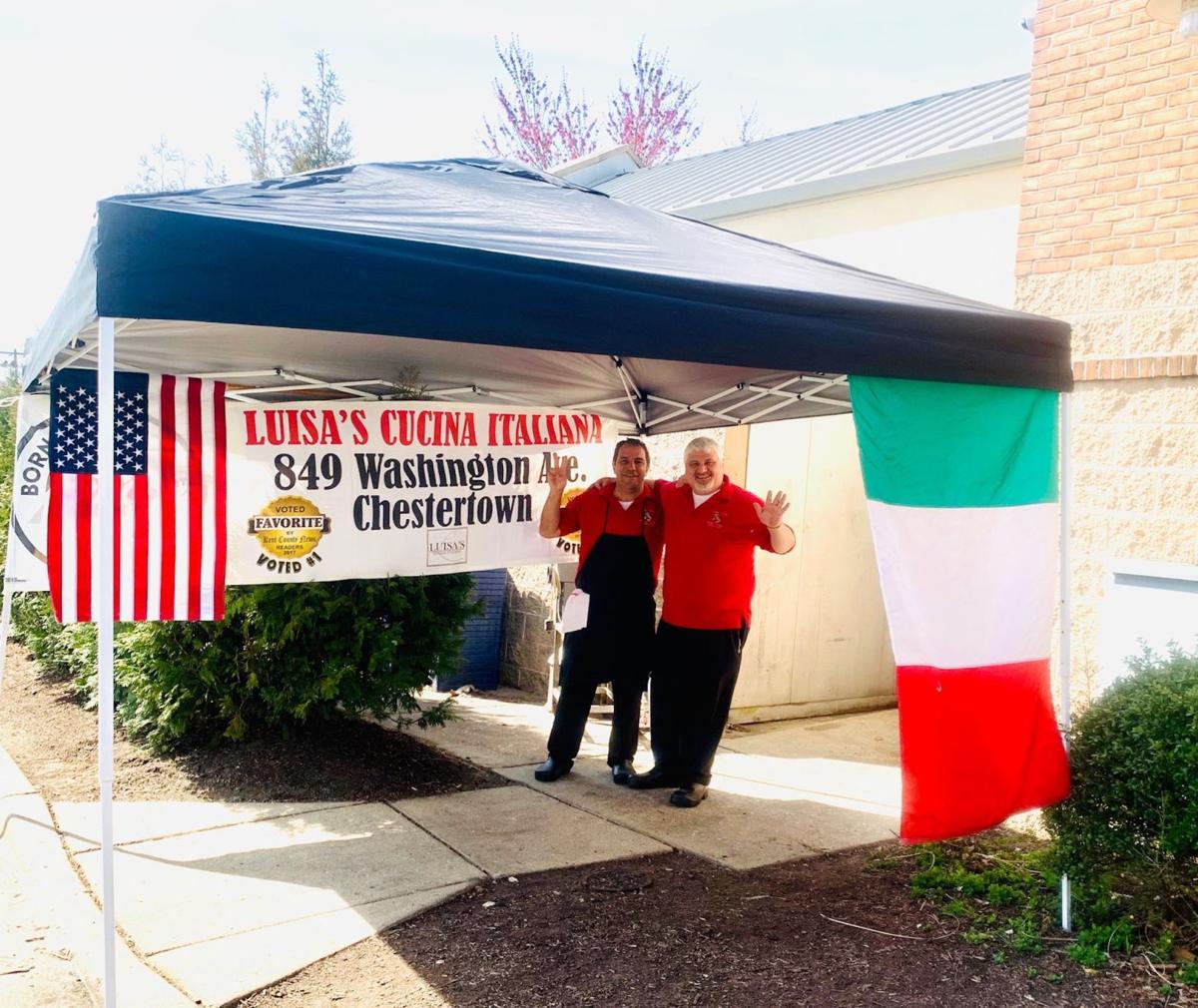 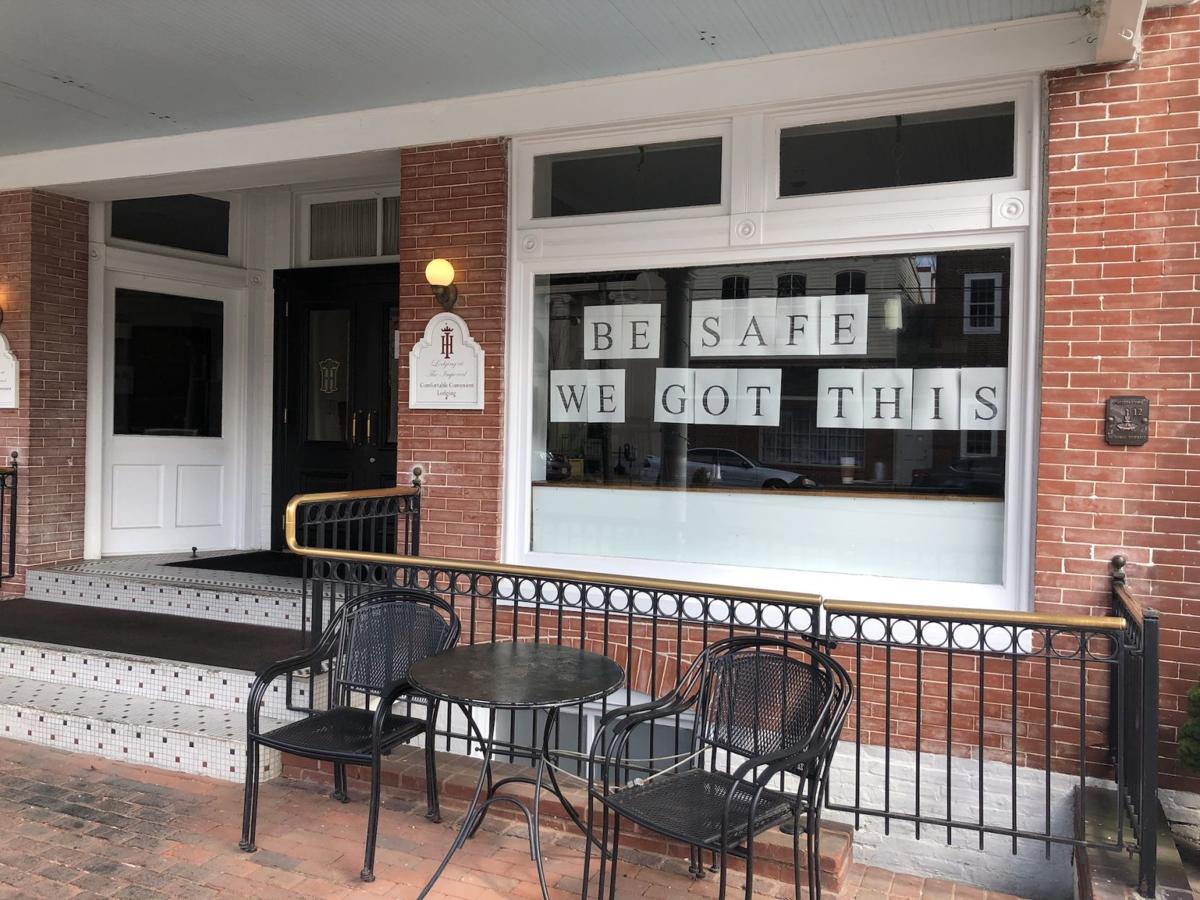 A sign reads “Be safe we got this” on the window of The Kitchen at The Imperial in Chestertown. 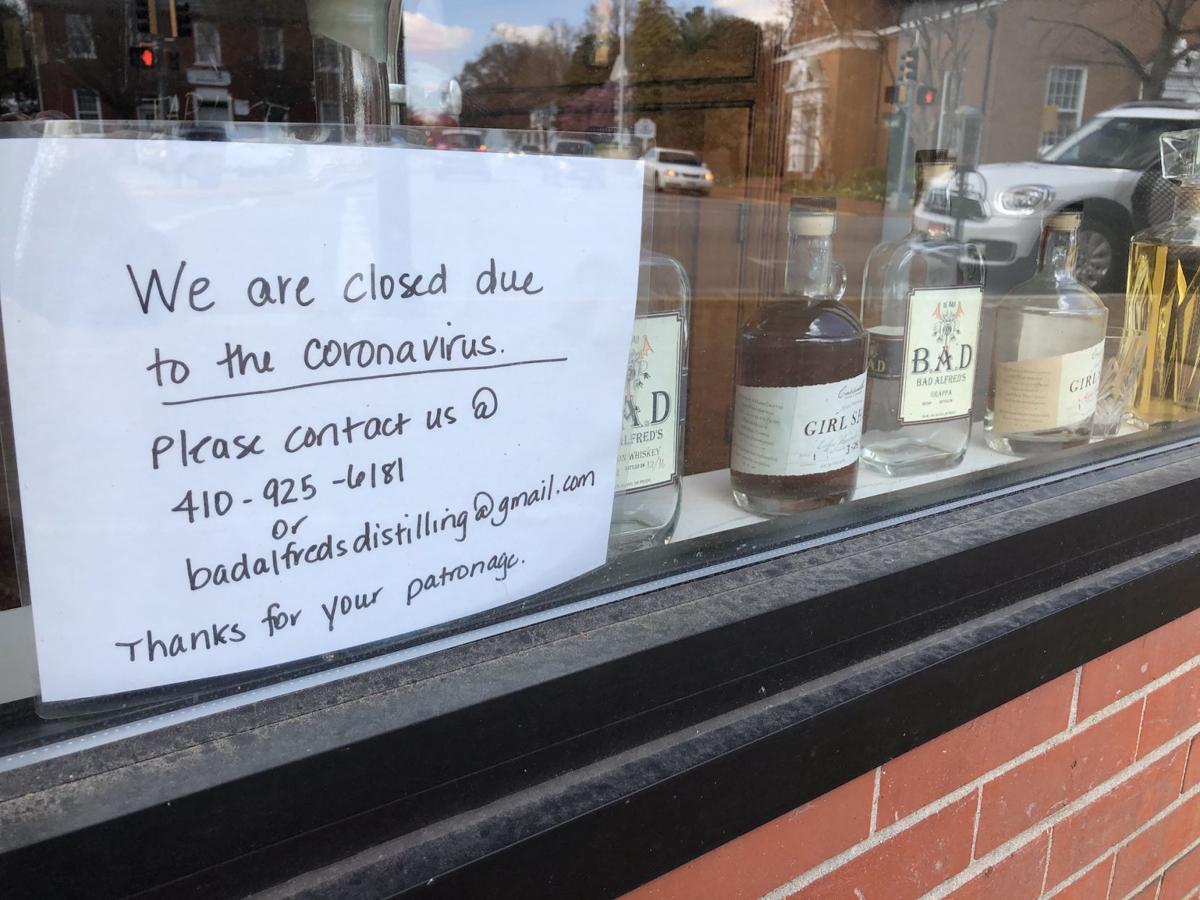 A sign posted in the window of Bad Alfred’s Distilling in downtown Chestertown notes the establishment, like so many local businesses, is closed due to the coronavirus outbreak and social distancing mandates. Other businesses still considered essential have altered their operations to maintain public safety against COVID-19.

A sign reads “Be safe we got this” on the window of The Kitchen at The Imperial in Chestertown.

A sign posted in the window of Bad Alfred’s Distilling in downtown Chestertown notes the establishment, like so many local businesses, is closed due to the coronavirus outbreak and social distancing mandates. Other businesses still considered essential have altered their operations to maintain public safety against COVID-19.

CHESTERTOWN — Two months ago, it was business as usual in Kent County. Now as April begins, Vinney Assante is finding himself wondering what “the new normal” will look like for his restaurant Luisa’s Cucina Italiana.

“I consider myself lucky that I’m able to stay open,” Assante said in a telephone interview on Tuesday, March 31.

Restaurant offerings in Kent County have dwindled down to a dozen or so with temporary closures impacting businesses throughout the county. Those closures began in mid-March when a novel strand of coronavirus — referred to as COVID-19 — made its way to the Eastern Shore.

Now with community transfer — or the virus being spread within the community by people who have not recently visited areas with high infection rates — even more businesses in Kent County are left with no choice but to temporarily close.

Some “non-essential” business closures came as the results of state mandate.

“We are no longer asking,” Gov. Larry Hogan said in a news conference on Monday, March 30 after issuing a stay-at-home order to all Marylanders.

Residents were instructed by the state to stay at home with the exception of necessary trips to the grocery story, pharmacy or for exercise near their homes, among other functions deemed essential.

But for Luisa’s, the mandate means more of the same protocol that has been in place since mid-March. Luisa’s closed its dining rooms and has been offering curbside service since March 18. Though the restaurant is still operating, Assante said part of coping with COVID-19 meant letting go of “a lot of our staff.”

Some like Dunkin’ Donuts in Chestertown have added a layer of protection by installing plexiglass at the counter to separate customers from staff and the food preparation area. Acme likewise has added plexiglass in its check-out aisles.

Other businesses like Crow Vineyard and Winery and Evergrain Bread Co. have added curbside pick-up or delivery options as they adapt their business operations.

While financial institutions are considered essential community services that are to remain functioning while other businesses close their doors, local banks are still trying to minimize social contact in their branches.

Many banks, including the Peoples Bank and Chesapeake Bank and Trust had already shifted focus to their drive-thrus, with lobbies either completely closed or open via individual appointments.

While Luisa’s will celebrate its 20th anniversary in November, Assante said he worries how businesses with less time under their belts will be able to cope with long-term closures or limited service.

Assante said he worries about “adjusting to the new normal” when businesses are able to fully reopen — and what that version of normal could look like. Calling the situation challenging, Assante said he’s concerned customers may not feel comfortable resuming their normal activities like dining out once the pandemic has passed.

Jamie Williams, director of Kent County Economic Development, said in an interview March 31 that there are resources in place to help the county’s businesses. For a full list, visit kentcounty.com/coronavirus and click on the “Business Resources” tab.

Williams said she and Assistant Director Emily McCoy have been working on compiling a list of resources since March 17. Because grants and loan programs are being rolled out at such a fast rate — a six-month development time is becoming six days in some cases — Williams said the challenge lies in no one being exactly sure the “ins and outs” of each new program.

Williams said another big question that needs to be answered before her team can begin developing plans to help businesses reopen is determining when the pandemic will end.

Assante also expressed concern about reopening a business after an extended period of closure. He likened the idea of reopening to “starting a brand new place. It doesn’t matter that you’ve been here 20 years” with challenges like finding and then retraining staff.

“I feel like a lot of little places will not be able to do this because, as a business owner, you need a lot of time and a lot of energy to start all over again,” Assante said.

He said businesses owners could be faced with the question of pulling money from savings to restart their business when there is no guarantee they will get a full return on that investment.

“Are we go back to what it was a month ago when everything was great, everybody was working, everybody was making money? This is the kind of stuff, it worries me some,” Assante said.

While Assante said he and Luica’s staff tried to prepare as much as possible, finding ingredients is proving to be a challenge for restaurants trying to stay open.

“This is what I’m afraid of — we will not be able to find all of our products,” Assante said.

Cindy Genther, who serves as secretary of the Greater Rock Hall Business Association and of Main Street Rock Hall, said Anchor and Plow, Fords Seafood and Pasta Plus are still offering takeout service.

“So financially, they are experiencing a lot of difficulty,” Genther said.

In an effort to curb the financial loss of business and to support local shops, community members have turned to campaigns like Main Street Chestertown’s “Buy Now, Shop Later” as a way to support businesses.

Through the campaign, Kay MacIntosh said in an interview Monday, the community has raised $10,000 for shops in Chestertown.

MacIntosh serves as the executive director of Main Street Historic Chestertown and is the manager of the town’s Arts and Entertainment District. She said small businesses should refer to Maryland Small Business Development Center’s “Survival Guide” as a compilation of resources for COVID-19 relief. For more information, visit.mdsbdc.umd.edu.

COVID-19’s impact is not limited to restaurants and retail shops.

Genther said with recreational boating being restricted, there will be a “dramatic impact” on the local economy of Rock Hall.

“That is the largest employment industry in Rock Hall,” Genther said of the marinas within town limits.

Up until March 30, marinas had been closed to the public and open to staff for maintenance and repairs.

Most are now completely closed, Genther said, with the exception of “those that service commercial boats. Commercial fishing is deemed and essential industry and may continue.”

Genther, a real estate broker, said she also is seeing a “significant slowdown in real estate businesses” as about 50 to 60% of buyers come from out of state. On the bright side, she said she is still seeing online searches.

For towns like Rock Hall, which supply a significant amount of second homes for out-of-state buyers, Genther said another challenge is coping with the fear those coming into town may be bringing COVID-19 with them.

For the most part, Genther said she’s observed visitors practicing social distancing, staying in their own homes and bringing their own groceries as opposed to shopping in stores.

“They were shopping in our stores for a while, but the local tenor here has really scared many of them away,” Genther said. “I’m a little upset about that because I see the folks who have second homes here being very responsible. They’re not interacting with other people, they’re keeping to themselves for the most part. I think because a lot of this conversation happened on social media, I think it’s giving our town a very bad reputation.”

Genther said the balance lies in taking precautions to prevent spread, but also trying to ensure the town remains welcoming to tourism.

“We still say hello to each other, but at a 10-foot distance,” Genther said.