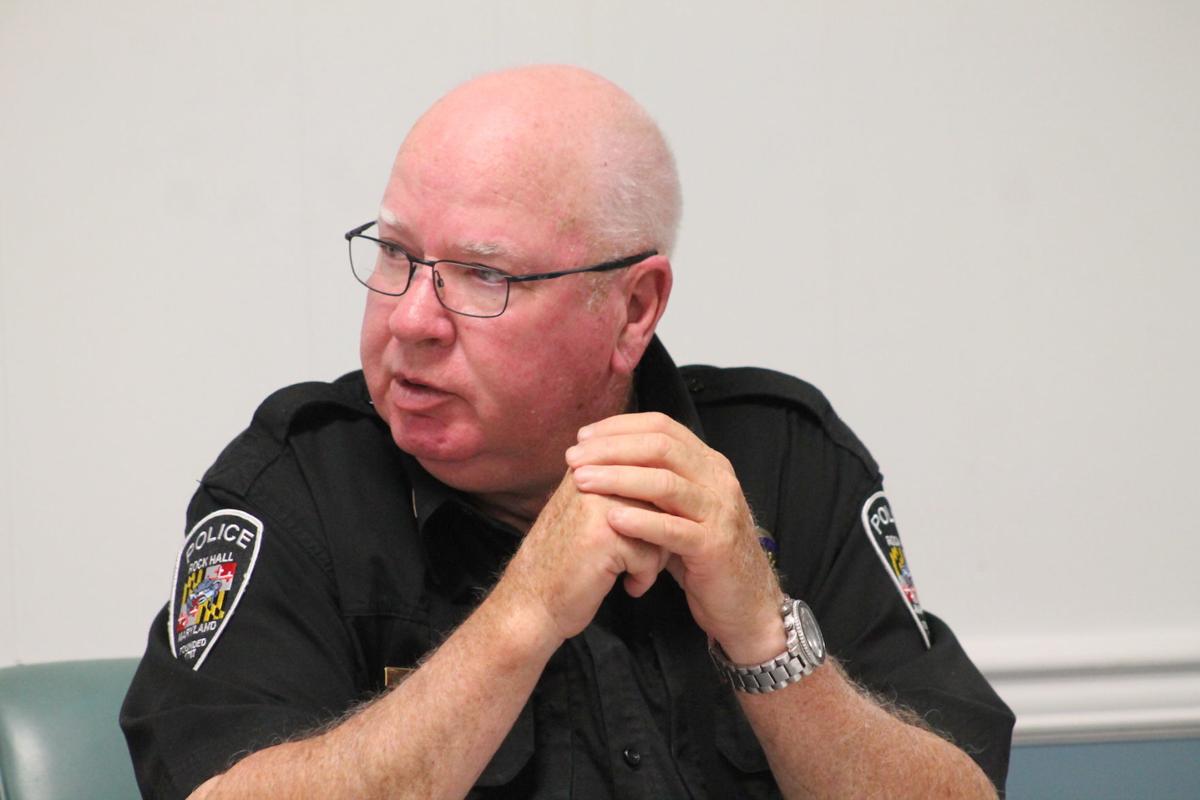 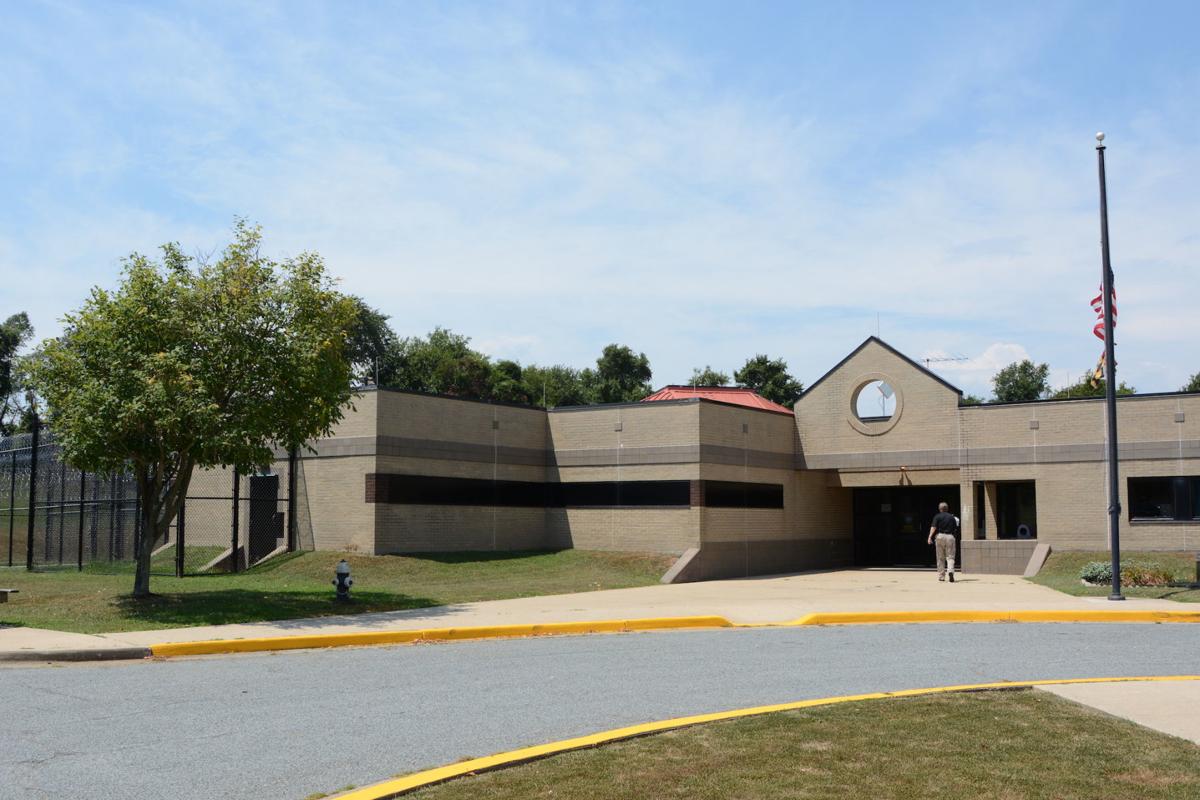 The Kent County Detention Center is “totally shut down,” said Warden Herbert Dennis, with no programs and no visitations in an effort to limit the spread of COVID-19. 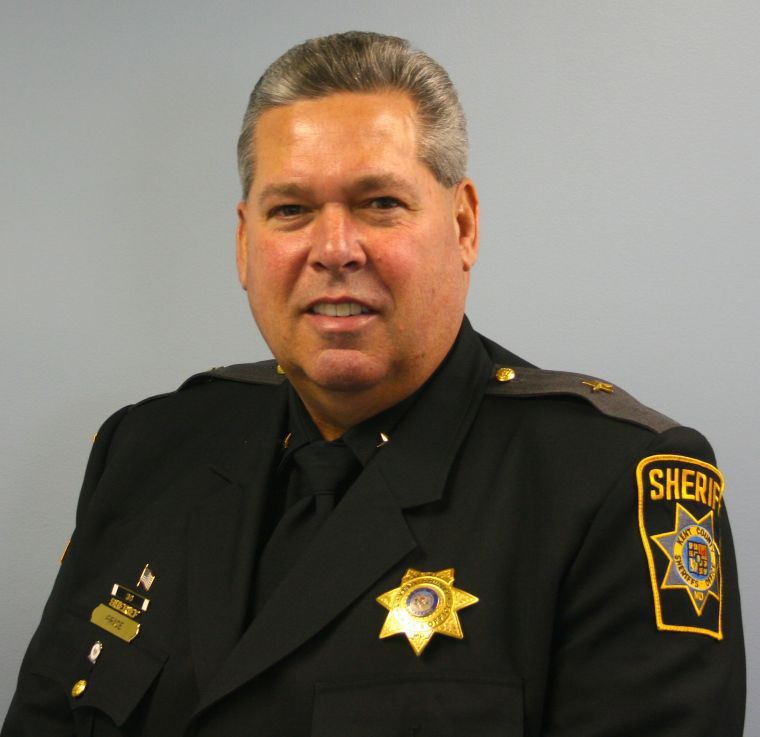 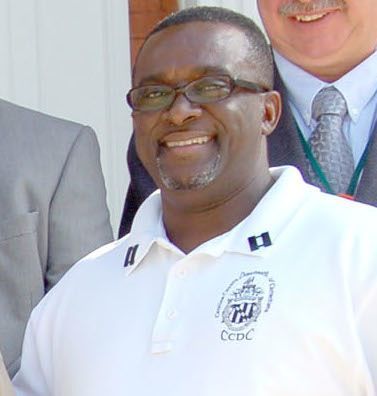 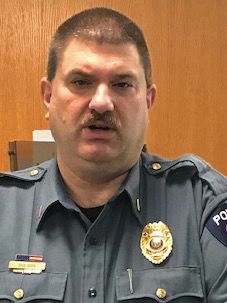 The Kent County Detention Center is “totally shut down,” said Warden Herbert Dennis, with no programs and no visitations in an effort to limit the spread of COVID-19.

CHESTERTOWN — Off the clock late Tuesday afternoon, Warden Herbert Dennis was searching store shelves for cleaning products, part of the “all hands on deck” approach the Kent County Detention Center — and others — are embracing to help lessen the spread of the new coronavirus.

Local local enforcement agencies have adopted new guidelines for responding to calls for service, prioritizing their officers’ and the public’s health during the COVID-19 pandemic that had resulted in the deaths of 31 Maryland residents as of 10 a.m. Wednesday, April 1.

There had been three confirmed cases, but no deaths, in Kent County as of press time Wednesday, according to the Kent County Health Department.

Capt. Bill Dempsey, the acting police chief in Rock Hall, said his three-man department continues to respond to calls — albeit a little differently since schools and nonessential businesses have been shuttered and Maryland Gov. Larry Hogan on Monday, March 30 issued a stay-at-home order.

Lt. John Dolgos of the Chestertown Police Department and Kent County Sheriff John Price, in separate interviews, detailed a new normal of policing that is very similar to what Dempsey is doing in Rock Hall.

The sheriff’s office and police headquarters buildings are closed to the public, though some staff are inside working. Officers are trying to handle as many calls as possible over the phone or at the doorway of residences if an in-person response is required.

All officers are wearing gloves and face masks when interacting with the public.

If it’s not a “priority call,” i.e., it doesn’t affect the safety and well-being of the public, Kent County Sheriff’s Office deputies are not responding in person, Price said in a telephone interview Tuesday, March 31. As an example, he said vandalism of a mailbox would be a non-priority call.

Deputies on the roads are not being “overly aggressive,” Price said, but would continue to enforce impaired driving laws and other serious traffic offenses.

Dolgos, the acting police chief in Chestertown since September, said the CPD is responding only to “in progress” calls for service. These include assaults and domestic disturbances that are in progress and car crashes.

The aim is to limit person-to-person contact because this is one of the ways the virus is spread.

Dolgos said any processing of an arrestee would be done in the officer’s patrol car, not in the police station.

For minor offenses, such as shoplifting and malicious destruction of property, Dolgos said the preferred route is to apply for charges through the district court commissioner’s office and serve a criminal summons at a later date.

Dolgos said the CPD has been able to staff at least two officers per shift 95% of the time — so far.

He also said the number of calls for service is almost half of what it was a month ago, before COVID-19 became the top news story in Maryland.

The county jail is “totally shut down,” Warden Dennis said Tuesday, March 31 in a phone interview. That means there are no programs, no visitations and the foot traffic into the building is minimal.

Detainees’ attorneys can communicate with their clients by phone, but are not permitted into the detention center.

The census on Tuesday was 35, men and women, in a facility with a rated capacity of 78, according to Dennis. That means there is only one detainee per cell, he said Tuesday.

All staff and detainees were symptom-free as of Tuesday, Dennis said in the phone interview.

Detainees who had been in the jail for at least two weeks were moved to two housing units, which allowed for the creation of what Dennis called a “quarantine unit.”

Any new detainee is placed in the quarantine unit for 14 days, with a daily assessment for cough, difficulty breathing and multiple temperature checks — the most common symptoms for COVID-19.

Isolating new detainees from the general population is absolutely necessary, Dennis said, because “when one person gets it, it totally changes the dynamic of corrections.”

Currently there are three detainees in the special quarantine unit.

After 14 days in quarantine, a detainee who has shown no symptoms of the virus will be moved to one of the general population units, Dennis said.

Jails across the country have released inmates early or modified their sentences, hoping this will help prevent further spread of COVID-19.

In Kent County, two inmates who were close to completing their sentences were released early, per a judge’s order, Dennis said. Also, a male detainee in his 60s was released on pretrial conditions — similar to home detention — until his trial date, Dennis said.

Dempsey, Dolgos and Price, among others, are participating in the daily briefings led by Wayne Darrell, director of the Office of Emergency Services for Kent County.

In Rock Hall, Dempsey said part of his officers’ job is to make sure residents are abiding by the governor’s order to stay at home. Parks, marinas and the public beach are closed. To discourage beach-goers, the benches at Ferry Park were removed Friday, March 27, Dempsey said.

He noted that Rock Hall is a self-contained community, with grocery stores, a gas station, hardware store, pharmacy, bank and convenience stores — “everything you need,” Dempsey said

“I treat everyone as if they are positive [for COVID-19], wearing gloves and all. That way I feel safe,” Dempsey said.

Dennis, who has been the warden here for nearly six years, said cleaning of the jail has been ramped up — more often and more thoroughly — to help prevent the virus’ spread.

“We’re cleaning all day long ... wiping down surfaces,” Dennis said. “Because we’re a small staff, it’s all hands on deck.”

He said he comes in on Saturdays to clean his office.

During Tuesday’s telephone interview, Dennis was in a Dollar General store trying to find Lysol for the detention center.

Every employee at the detention center wears an N95 respirator mask and rubber gloves while on duty, Dennis said. The Kent County Health Department provided education to all staff about safety precautions, such as maintaining social distance and frequent hand washing.

“We’re running short of masks,” Dennis said, adding that he was waiting on a back order from one of the medical vendors.

The warden said the pandemic has been stressful for his staff, who understandably are worrying about their families.

“They are ‘essential personnel.’ They have to come to work. Everyone on my staff comes to work every day,” Dennis said. “There are a lot of people who work here who really care and do a good job of taking care of Kent County,” he said.

Seven-term elected Sheriff Price said the KCSO is responding to all calls for service, while also taking precautions to safeguard everyone’s health.

Like many buildings around the county, there is a sign on the door that says the sheriff’s office is closed.

The sheriff’s clerical staff, which is considered non-essential, are working from home, he said.

To reduce comings and goings in the office, and to minimize the person-to-person contact in close proximity, the sheriff’s office has suspended doing fingerprinting and photographing of arrestees in the building — similar to what Chestertown police are doing.

Deputies are taking the paperwork into the district court commissioner’s office while the suspect remains in a patrol vehicle under supervision. Price said this is a public health safety precaution while also safeguarding citizens’ constitutional right to due process.

The public is reaching out in lots of ways too.

Steve Redding of Galena-based North Shore Restoration, which specializes in mold remediation and restoration of fire and water damage, donated several dozen N95 face masks and disinfectant that deputies can use to wipe down their patrol vehicles.

Price said the KCSO is seeking donations of hand sanitizer, if the public is looking for other ways to help.

The number of calls for service has dropped 65% to 70%, Price said Tuesday, while worried citizens are calling frequently into the 911 center.

To lessen the burden on 911 staff, KCSO road supervisors are taking shifts handling some of the complaints and answering questions about what the governor’s executive orders mean.

“We’ve taken a lot of precautions,” Price said, “but we’re still there when the public needs us.”