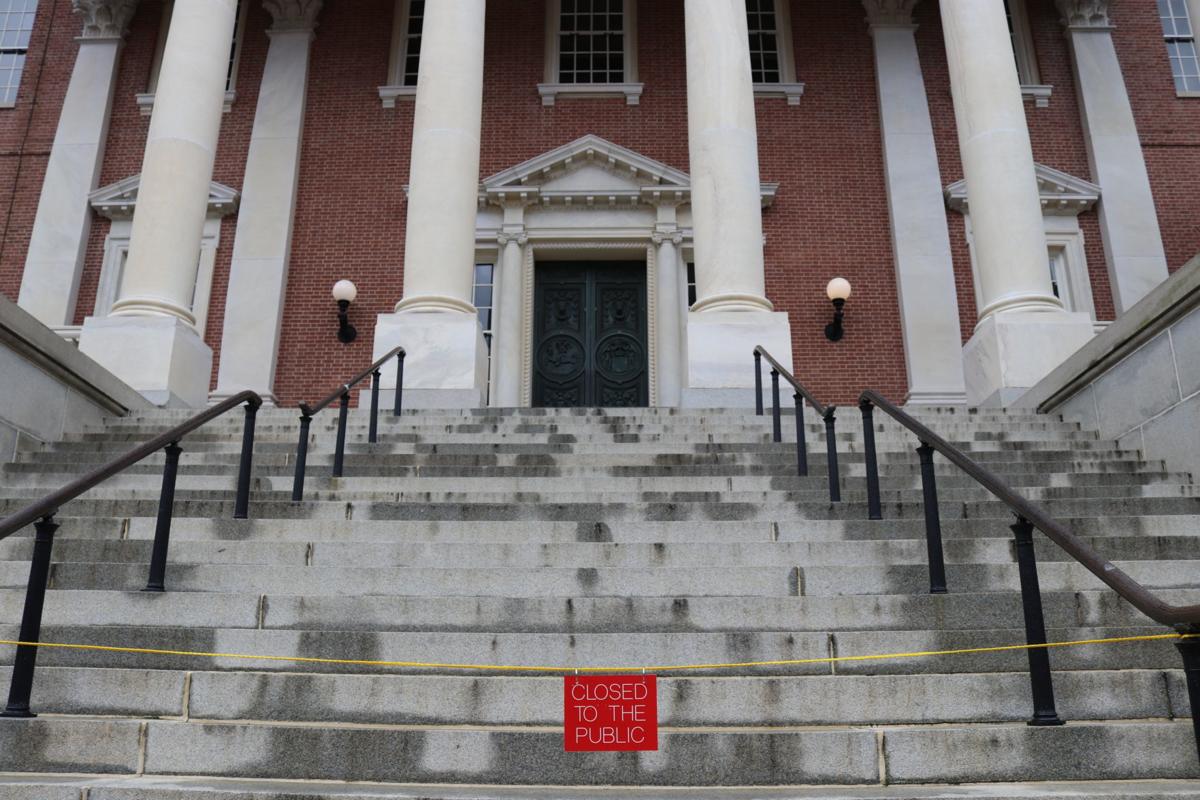 A sign indicates the Maryland State House, which is normally open daily to the public, is closed on Sunday, March 15, 2020 in Annapolis, Md., due to concerns about coronavirus. The Maryland General Assembly is scheduled to meet in the building Sunday afternoon. Lawmakers are working to complete work on priority legislation in case they decide to close the legislative session before its scheduled April 6 adjournment because of the virus. (AP Photo/Brian Witte) 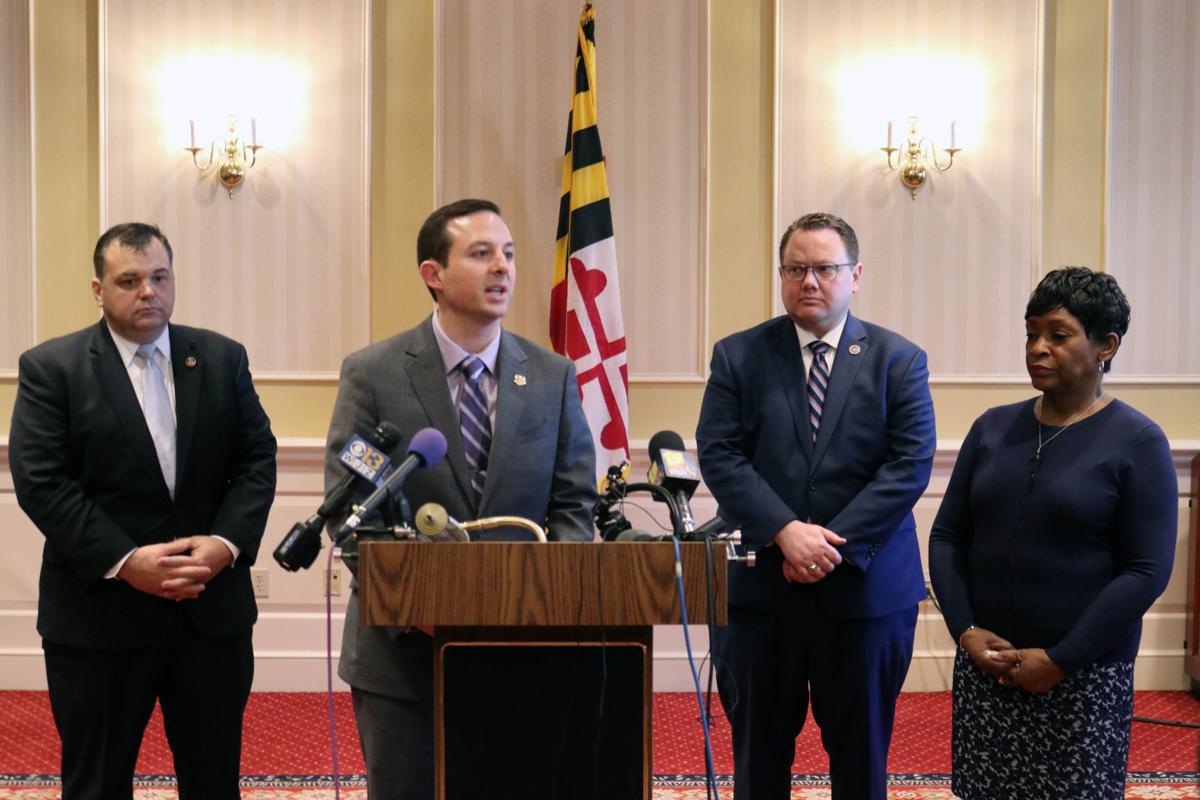 A sign indicates the Maryland State House, which is normally open daily to the public, is closed on Sunday, March 15, 2020 in Annapolis, Md., due to concerns about coronavirus. The Maryland General Assembly is scheduled to meet in the building Sunday afternoon. Lawmakers are working to complete work on priority legislation in case they decide to close the legislative session before its scheduled April 6 adjournment because of the virus. (AP Photo/Brian Witte)

ANNAPOLIS — Maryland lawmakers will end the state's legislative session almost three weeks early in response to the new coronavirus and plan to reconvene in a special session in the last week of May, lawmakers announced Sunday.

Senate President Bill Ferguson and House Speaker Adrienne Jones spoke at a news conference with lawmakers from both parties by their side.

“This was not an easy decision to make and was made in consultation with public health experts and lawmakers from both parties," Ferguson said.

The Maryland State House has been closed to the public and lobbyists in recent days to limit the number of people in the building. Ferguson said lawmakers are taking steps to ensure transparency throughout the rest of the session.

“In the Senate, we are working to video stream floor sessions and voting sessions, which we would not have normally done,” Ferguson, a Baltimore Democrat, said. "We know the situation is not ideal for any of us, but we are doing our best to ensure open government in this time of a public health crisis.”

Ferguson also announced that a Joint Covid-19 Response Legislative Workgroup would be formed to monitor the virus in Maryland. Maryland has 31 confirmed cases of the virus, the health department said Sunday.

Maryland's 90-day legislative session was scheduled to end on April 6.

“This is a critical time in our state’s government and a fragile moment in our effort to secure our state’s public health,” Jones, a Baltimore County Democrat, said. "As we face a now global pandemic, it’s more important than ever for us to balance fulfilling our constitutional duties and protecting the health of every single resident.”

Lawmakers have been working on priority legislation such as the state budget in preparation for early adjournment.

Both the House and Senate went into session Sunday afternoon after the news conference to keep working.

Sen. J.B. Jennings, the Senate minority leader, said it was the first time since the Civil War that the state's annual session would end early. He said lawmakers are focusing on legislation that will "have direct impact with making sure we get through this crisis."

"The budget will be passed, the capital budget, as well as emergency legislation dealing directly with the coronavirus,” said Jennings, a Republican whose district includes parts of Baltimore and Harford counties.

Del. Nic Kipke, a Republican who is the House minority leader, stressed that Democrats and Republicans are working together to take necessary action.

Earlier in the day, Gov. Larry Hogan announced the state's six casinos, as well as horse racing tracks and off-track betting facilities, will be closed effective at midnight Monday.

“This situation continues to evolve and will escalate rapidly and dramatically,” Hogan said in a statement. ”These are unprecedented actions in an extraordinary situation, but they could be the difference in saving lives and keeping people safe.”