Sign Up
Log In
There are no services available.
You have permission to edit this article.
Edit
About the Virus
Preventive Measures
Community
Breaking
Letter from the Publisher
En Español
Closures and Cancellations 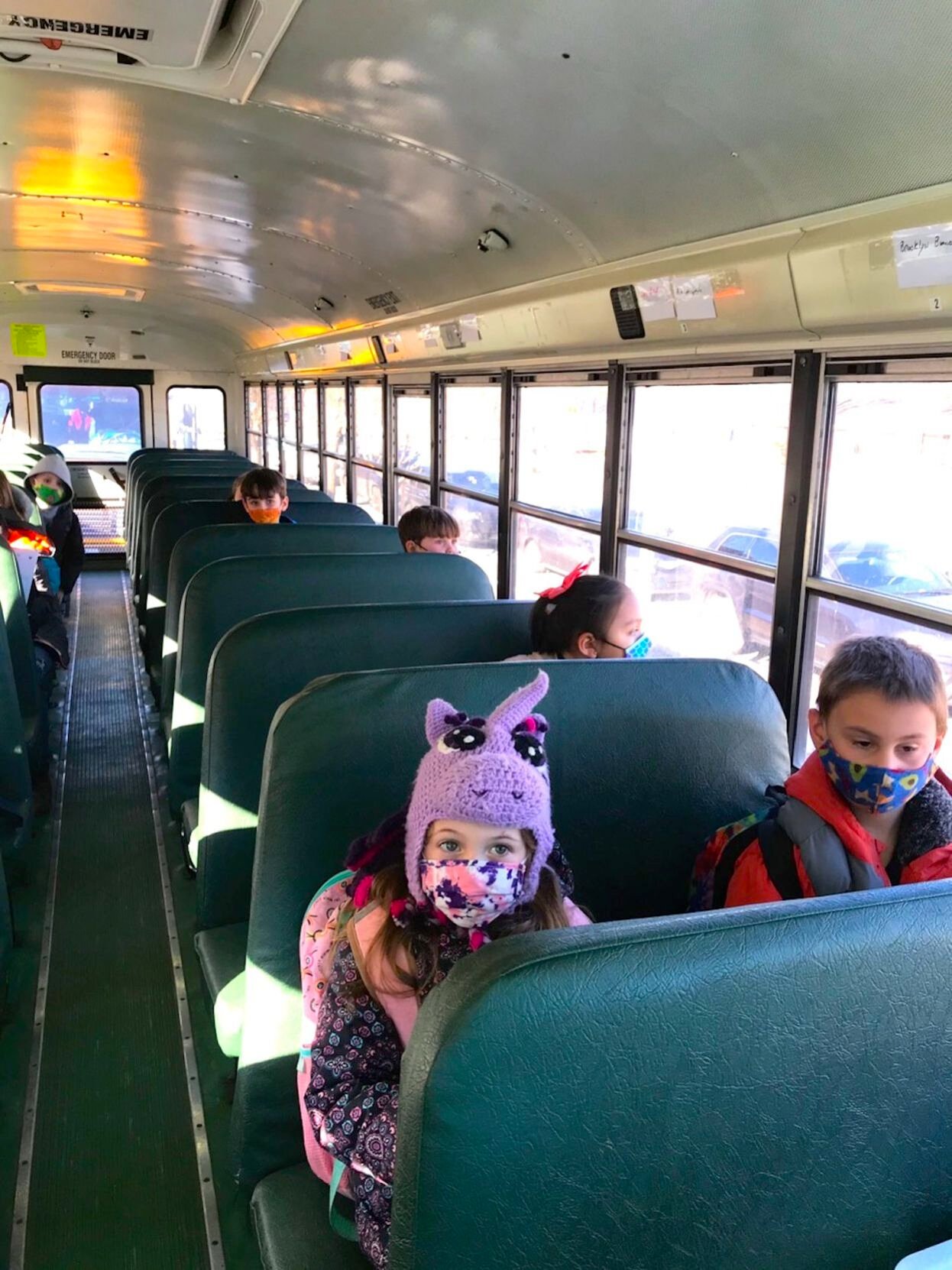 Masked up and socially distanced, Galena Elementary School students are riding the bus. From front to back are Molly Jones, Jameson Kaehler, Denisse Sanchez Ochoa, Jacob Orndorff, Jack Orndorff and, across the aisle, Brayden Seiders. 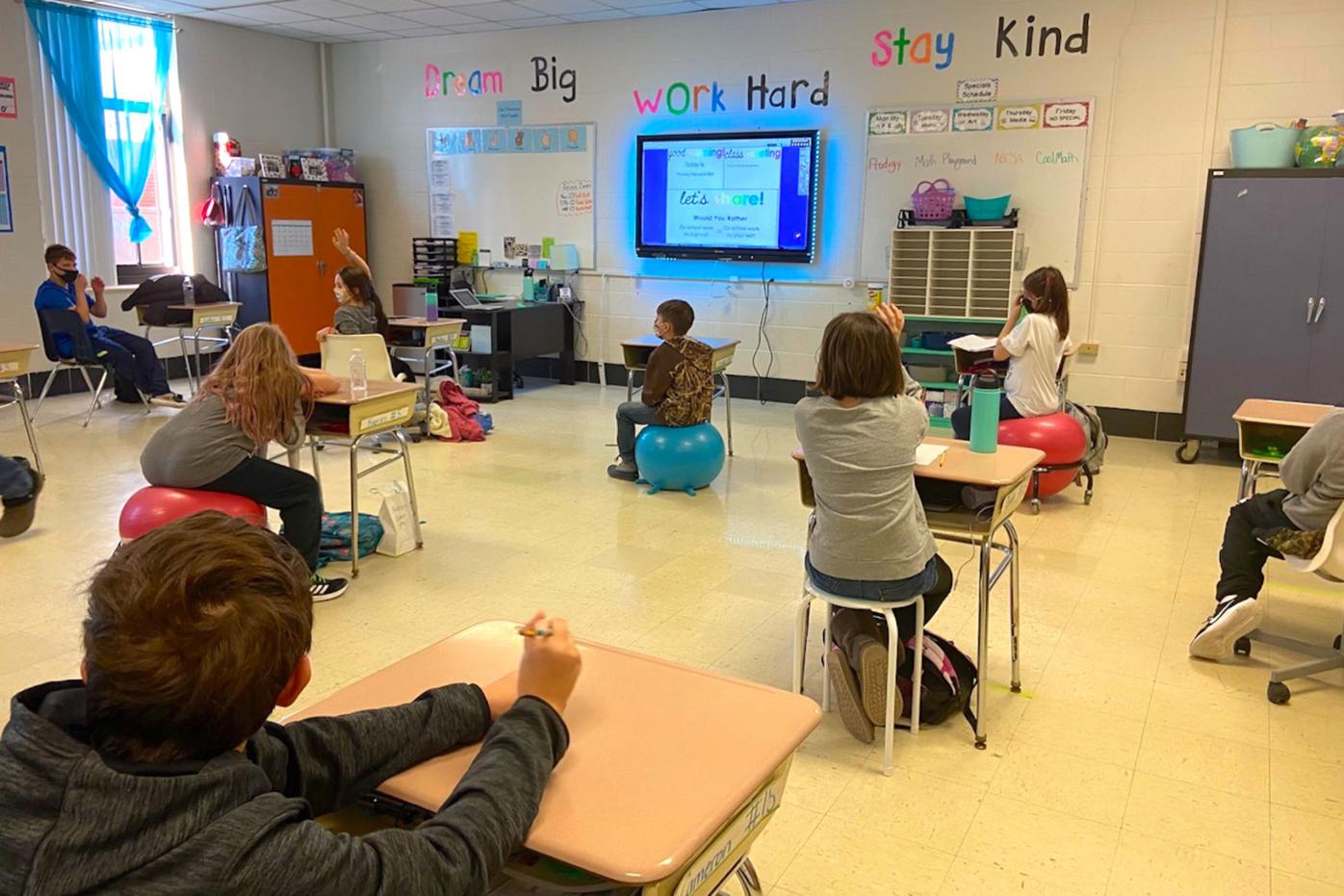 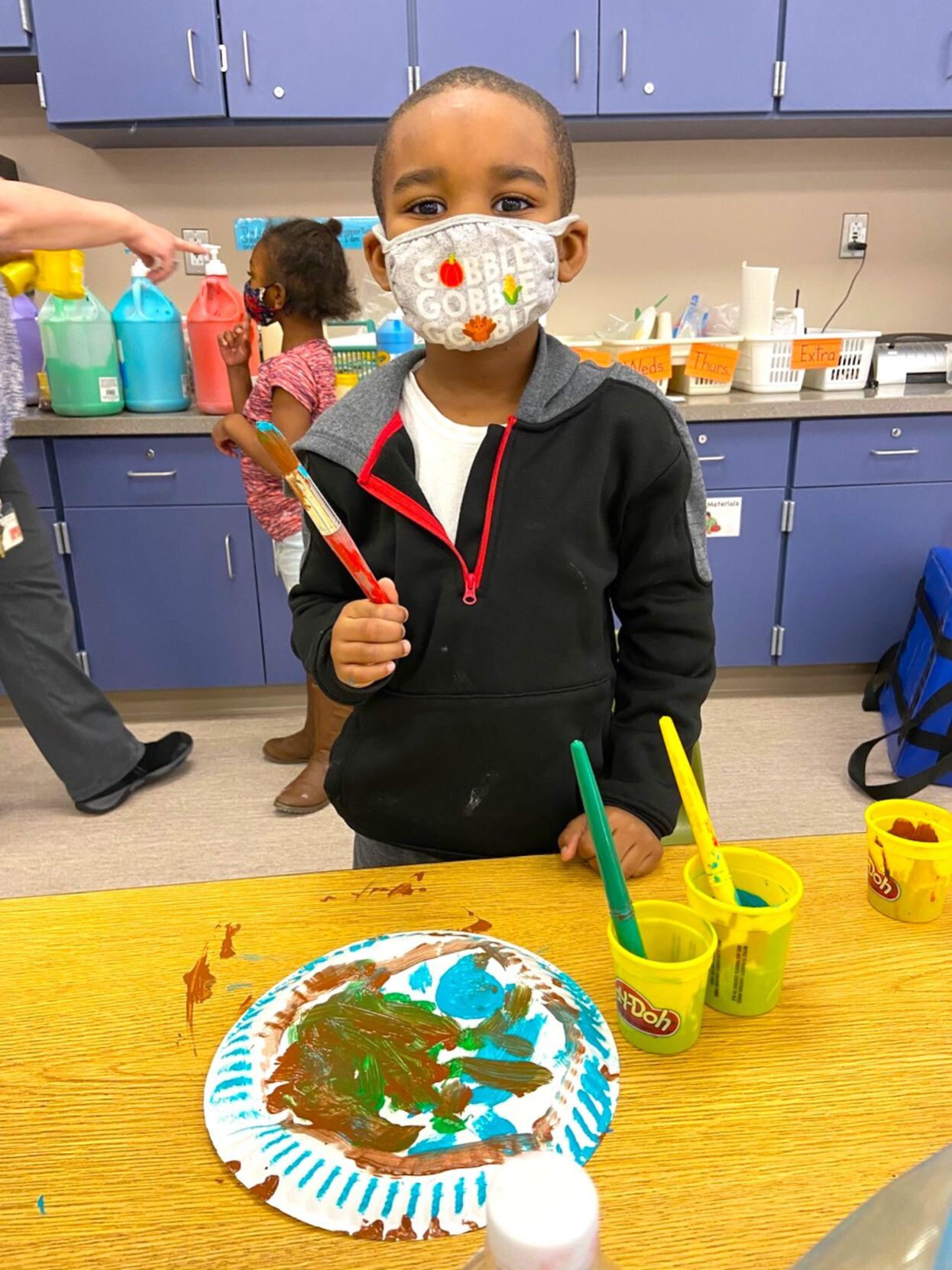 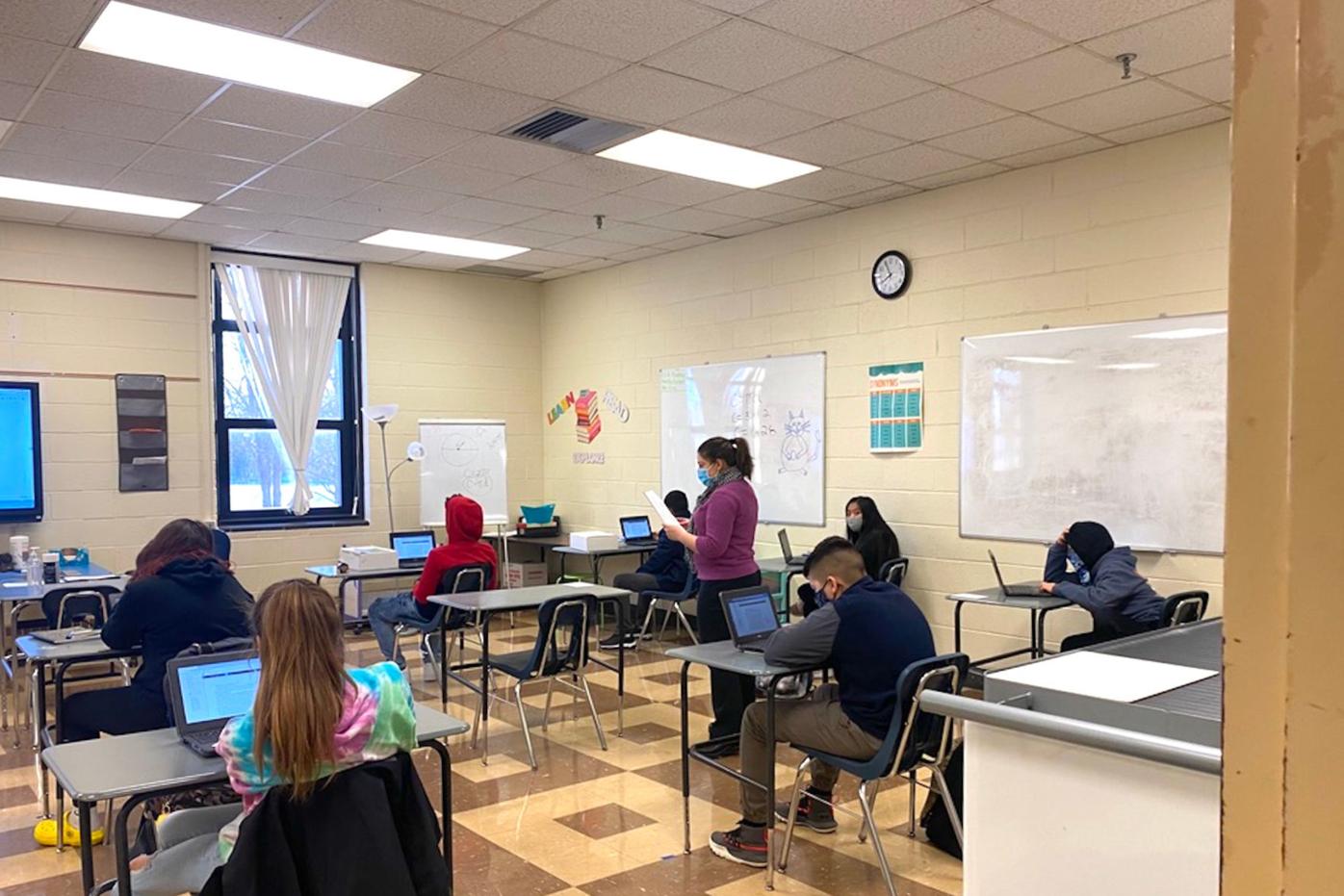 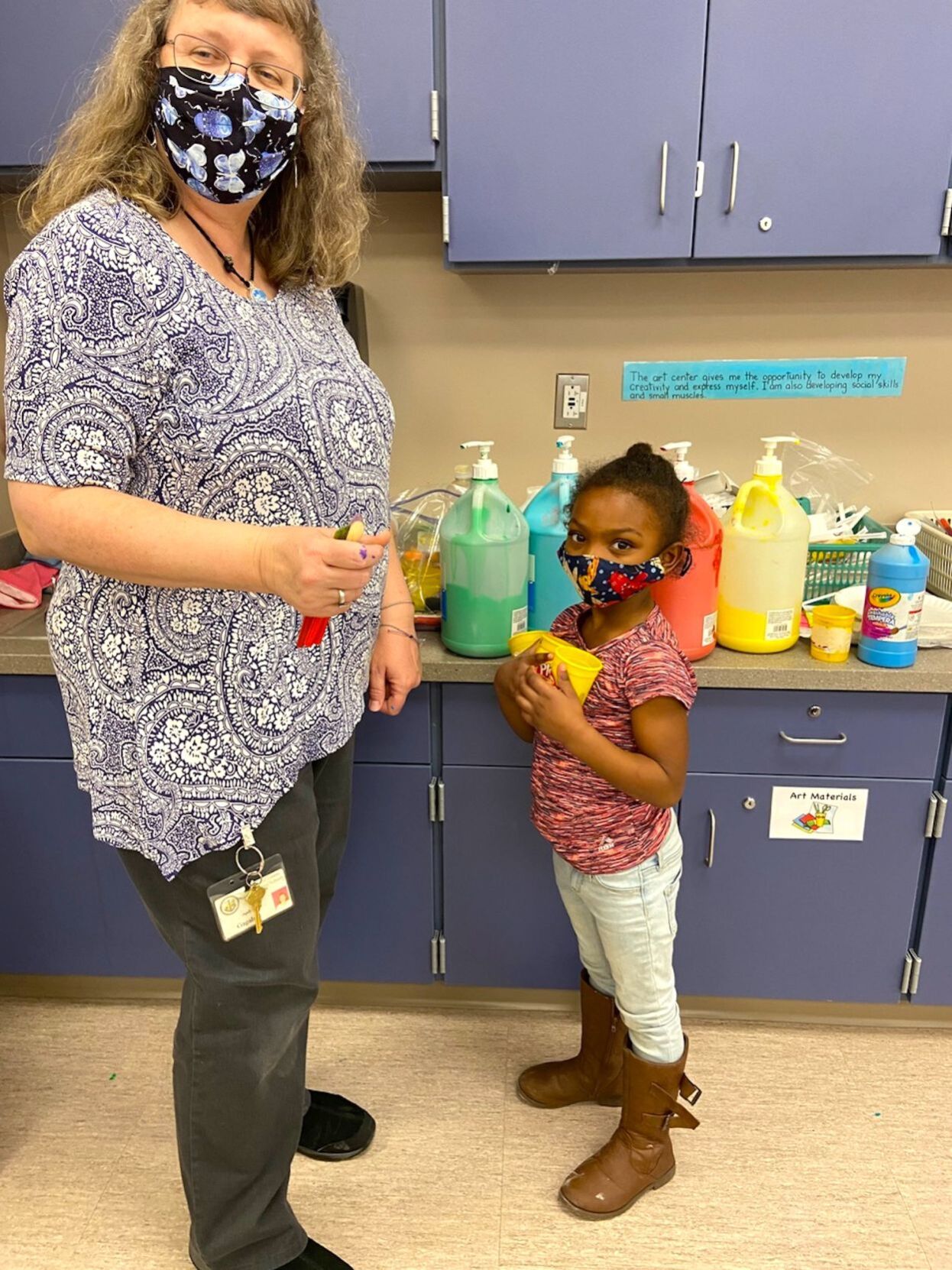 Masked up and socially distanced, Galena Elementary School students are riding the bus. From front to back are Molly Jones, Jameson Kaehler, Denisse Sanchez Ochoa, Jacob Orndorff, Jack Orndorff and, across the aisle, Brayden Seiders.

Students were initially set to return to schools for hybrid instruction on Monday, Feb. 1, but a snowstorm the day before kept them out of the classroom until Thursday, Feb. 4.

Superintendent Karen Couch reported on the first few days back in the classroom to Kent County Board of Education members Monday, Feb. 8, saying she visited every school on that first day with students in the buildings.

"We returned to hybrid last week. Snow kind of put a little quash on our beginning on Monday," she said.

The school year started with virtual learning and students at home. KCPS opened buildings in late fall for a hybrid model, in which most students were divided into two cohorts that traded classroom days and virtual learning.

As COVID-19 numbers climbed, students returned to virtual learning before the winter break. With Gov. Larry Hogan late last month calling on school systems to reopen buildings by March 1, KCPS set the plans in motion to return at the start of February.

"I want to send out some positive thoughts to our principals and our staff for making such a nice transition into hybrid from virtual," Couch said at the Feb. 8 board meeting.

Couch said she was joined by KCPS Supervisor of Human Resources Ed Silver in visiting each school building. She said they saw how engaged students were in the classrooms.

Gina Jachimowicz, director of teaching and learning, also visited schools. She spoke more about the transition to the hybrid model and public health measures in place at schools.

"No doubt, we're all in agreement that students learn best when they're in the physical classroom," she told board members. "We are so proud of the courageous teachers and staff that welcomed students back with big smiles and kind words."

In showing photos of students and schools, Jachimowicz told board members to notice the masks being worn, the social distancing in place and the sanitizing stations placed around buildings.

"This has been an exciting transition and certainly health and safety continue to remain our highest priority," she said.

When presented with the plans to reopen last month, there were questions about what would happen when students who had not signed on to return for in-person learning showed up at schools.

Jachimowicz said while that did happen with some students, staff was able to accommodate them and find places for them to work until they could be added to a classroom.

She also spoke how well teachers were able to simultaneously provide instruction to those in the classroom at those at home.

"I think there were so many pieces about this that were impressive like the flexibility of the adults in terms of being able to juggle simultaneous instruction flawlessly," she said.

Couch said the school system has sponsored four vaccination clinics for staff, with another set for Thursday, Feb. 11. She thanked everyone on staff that assisted with the clinics, which provided the first dose of the two-dose COVID-19 vaccine.

"We vaccinated 198 employees, which is a significant number, and we hope to be able vaccinate another 40," Couch said. "Then we'll take a week off and we'll start planning for the second dose."

The school system maintains a dashboard on its website of confirmed positive COVID-19 cases by building. The list shows the number of cases and the dates they were reported. Due to privacy requirements, it does not identify if cases were students or staff.

The most recently case was reported Jan. 27. The earliest cases shown were confirmed Sept. 21.

To view the dashboard and for more guidance on KCPS' response to the pandemic, visit www.kent.k12.md.us.