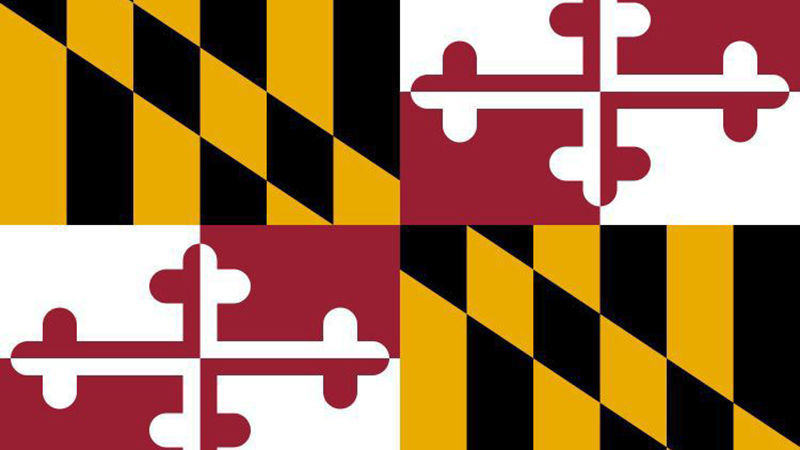 Gov. Larry Hogan (R) announced new executive orders Thursday around noon, prohibiting events with 10 or more people and requiring that all indoor malls and entertainment venues to close. He set a deadline for closing at 5 p.m. on Thursday.

“I know that the actions we've been taking seem extreme and may seem frightening, but as I've said before, they are also absolutely necessary to save the lives of thousands of Marylanders and hundreds of thousands of Americans,” Hogan said.

During the conference, Hogan announced the death of a man in Prince George's County, the first COVID-19 death in Maryland.

“While this is the death here in Maryland, it won't be the last,” Hogan said.

Hogan said there were 107 confirmed COVID-19 cases in Maryland, an 88% increase in 48 hours, adding that the youngest victim is a 5-year-old child in Howard County.

Hogan said he is urging that most people avoid the state's public transportation system.

“No one, no one should get on a MARC train, Metro, Amtrak train or bus or any of our transportation assets unless you are emergency personnel, a front-line provider or your job is essential to the supply chain,” Hogan said.

Hogan said he was amending his previous executive order to prohibit events involving gatherings of 10 or more people.

He said that he and other governors were urging the federal government to increase the production and supply of ventilators and COVID-19 test kits and to delay the 2020 Census and the implementation of Real ID, the program beefing up state identification cards and driver's licenses.

Hogan also issued an order that all indoor malls and entertainment venues must close by 5 p.m. Thursday.

Hogan issued an executive order allowing the delivery and carryout sales of alcohol, “to help small businesses and restaurants and to encourage people to stay home.”

“This truly is one of the most daunting challenges that our state has ever faced, but sometimes the worst times have a way of bringing out the very best in people,” Hogan said, citing a number of examples of people volunteering their time and resources to help their neighbors.

“If we all do our part, and we rise to this challenge, to this moment, we will get through this together,” Hogan said.

Maj. Gen. Timothy Gowen, the adjutant general of the Maryland National Guard, told reporters that the National Guard stands ready to provide logistical and medical support, as well as whatever else is needed.

"A lot of my medical units work as civilians. That being said, we do have the structure in place that we can stand up and work with the Maryland Department of Health to augment some of the counties out there," Gowen said.

"We're an agile force, so we have a lot of capabilities ... People ask for help and we find a way to get it done," Gowen added.

Hogan said that Maryland Superintendent of Schools Karen B. Salmon has been in daily contact with superintendents, but did not say whether schools would be closed beyond the initial two-week window.

“The decision hasn't been made, but they're working on what do we do in that case, as far as online learning, and/or younger kids and people without access to computers, how we provide instruction. That's not for today's announcement, but that is something lots of people are looking at,” Hogan said.

“This fight against this global pandemic is a race against time and we must take action now. We cannot afford to delay,” Hogan added.