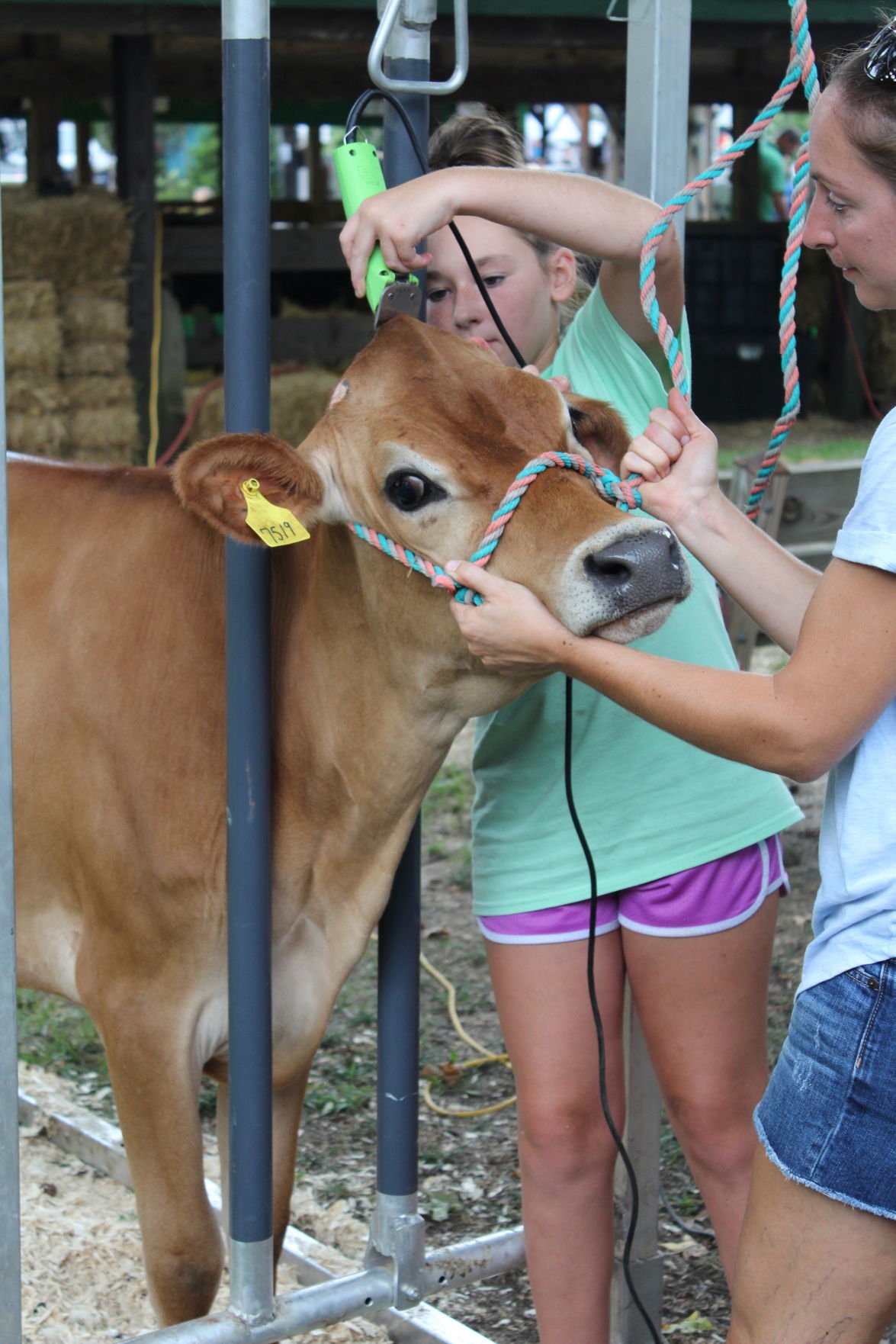 Taylor Jones of Centreville clips her Jersey heifer, Skye, before the dairy show, during the 2019 Queen Anne’s County 4-H Fair. 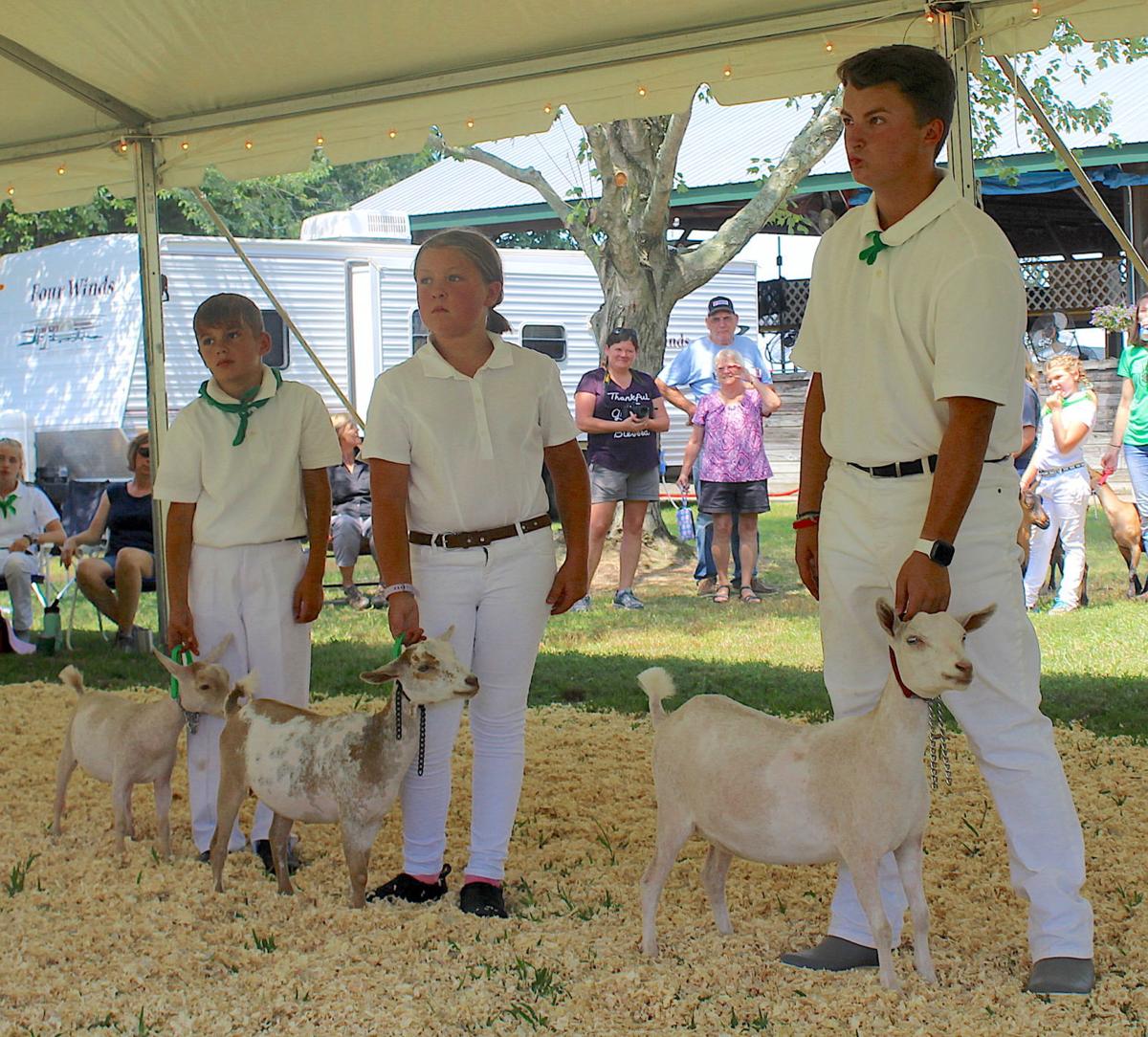 Taylor Jones of Centreville clips her Jersey heifer, Skye, before the dairy show, during the 2019 Queen Anne’s County 4-H Fair.

The fair is the largest annual event in Queen Anne’s County. While fairgoers may be disappointed, 4-H’ers should not despair. Plans are in progress to allow at least the entry and judging portion of the fair to go on.

During the fair, “30,000 people come through the gates, with the restrictions (for COVID-19) in place, it just isn’t feasible,” Johnston said. The fair board met Tuesday evening and made the decision.

“We had to think of the safety of all the people,” said J.R. Skinner, fair board chairman. “We have a lot of elderly people who like to come to the fair — and we have some 4-H’ers with underlying health conditions.

“We want all the 4-H’ers to know we haven’t forgot about them …. We want them to be able to show their animals and display their projects.”

“Everyone on the fair committee is committed to do what we can for the kids. It may be separate animal shows on different days of the week,” Johnston said.

“What we’re working on right now, if the governor gets to phase 2 by August, we can trailer in, trailer out shows,” Skinner said. “The second option is to do virtual shows.”

Toward that end, the fair board has invested $7,500 into upgrading computers and software, Johnston said.

The fair moved to a program called Show Works about four years ago; it’s where all the entries are organized. The software breaks down the classes into folders; it even calculates and prints premium checks, she said. With the upgrades, the program would allow them to hold virtual shows.

A person would go online and do an entry like they would for a normal, live show, but then if the live show can’t been held, they can go back in and upload photos and videos as needed for a virtual show, Johnston explained.

For a show animal entry, the youth would walk the animal around in their yard like they would at the fair while a parent or sibling videoed them, then they would upload the video for the judges, Skinner said.

He said they were still working on plans for the indoor categories.

Johnston said she wouldn’t know until next month if one-day, single category shows are feasible.

At this point in time, University of Maryland Extension has said there are to be no face-to-face meetings until the end of July; they will make a decision June 15 for August, she said.

While clubs cannot meet, 4-H’ers can continue working on projects individually, and a variety of projects and classes are being offered online. For example, Mandy Snyder, a local 4-H volunteer, started “4-H’ers Teaching Others” on a Facebook platform where kids go on and talk about their projects, Johnston said. It’s a place where 4-H’ers can practice communications skills and leadership.

“If by August, the governor allows us to have a large enough group … if we feel we can have live shows, we will,” Johnston said.

Skinner said the fair board is committed to having some type of fair for the kids. If the 4-H program is suspended through August, then it couldn’t be 4-H show, it would have to be open shows, he said.

Things that are definitely canceled for 2020 are the rodeo, the rides and the vendors.

A lot of planning and contracts go into preparing for the fair. They rent golf carts and light towers, pay deposits to secure the date. Those businesses need to know ahead of time, Skinner said.

“We were going to have the rodeo this year,” Skinner said. “It will be back next year. They’re going to run that deposit over to next year.”

The fair is a huge fundraiser for many nonprofit and community organizations; some use their profits to offer scholarships to the local students. Skinner said he’d like to find a way to help them as well.

“They support us, and we want to support them,” he said.

Some people have asked him, why not just go ahead and have the fair, he siad.

“There are many factors to be considered. We would have to be in Gov. Hogan’s phase 3 to have a big fair. If we were to go ahead, they could come in and shut us down in the middle of the fair,” he said, adding there’s also the liability to consider if someone came to the fair and then got sick.

“The kids are going to show — one way or another,” Skinner said. “And we will have a livestock sale. We’ll have an online auction; all the kids will be able to sell their livestock.”